Sports betting gets a very bad press in Australia and opponents link it with problem gambling. But amounts lost by betting punters pale in comparison to those lost on the gaming machines (pokies) found in many Australian pubs, why the different coverage? Joanne Christie reports. 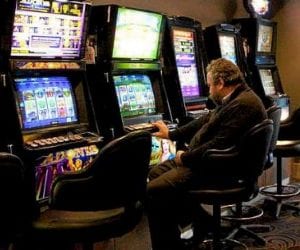 Sports betting gets a very bad press in Australia and opponents link it with problem gambling. But amounts lost by betting punters pale in comparison to those lost on the gaming machines (pokies) found in many Australian pubs, why the different coverage? Joanne Christie reports.

When Australia’s most recent set of gambling statistics was released last month, many media outlets and gambling opponents chose to focus on the 30% rise in sports betting losses over the previous year, with some claiming a wave of problem betting associated with sports betting was headed for the country, its young people in particular.

Anti-gambling Senator Nick Xenophon told ABC: “The most disturbing trend from these figures is that sports betting is going at such a rate that it's going to leave big scars on our social landscape, it's actually damaging a whole generation of young Australians.”

Shortly before the results were released, Xenophon announced plans to try and revive a gambling reform plan that had been abandoned by former Prime Minister Julia Gillard, with one focus being banning sports betting advertising during general-rated (G-rated) TV broadcasts.

In addition, last month the Victorian government opened a public consultation on proposals to ban sports betting adverts on public transport and in any areas close to schools.

But if one looks carefully at the Australian Gambling Statistics (AGS) it is difficult to see how sports betting could be having the harmful impact anti-gambling proponents claim it is.

“It is quite small in comparison to everything else,” says Ian Fletcher, chief executive of the Australian Wagering Council, the trade group representing online betting operators.

A spokesperson for Paddy Power Betfair’s Sportsbet says the huge growth referenced is simply a shift in the preferences of sports bettors.

“Driven by mobile technology, punters are steering away from traditional wagering such as thoroughbred racing and instead wagering on sports – it’s a change in where and on what punters are deciding to place their bets on.”

Loss levels, politics and taxes
Indeed, if one looks at the figures for racing, turnover is down 1.7% and gambling expenditure is up just 2.7% for the year, lagging not only sports betting but also total gaming (7.7%), which includes casino and gaming machines (pokies).

It’s the latter that should be causing the most concern — Australians lost a whopping AU$11.6bn (€7.7bn, £6.5bn) on pokies last year, a huge sum when you consider the country’s population is just 23 million.

While negative sentiment may be focused on sportsbooks, the truth is that it’s pokies that are really causing punters harm in Australia, with the government’s ‘Problem Gambling’ website stating that three-quarters of all of Australia’s problem gamblers have issues with poker machines.

It says one in six people who play pokie machines regularly have a serious gambling addiction.

A 2010 Australian Government Productivity Commission Inquiry report stated: “Most policy interest centres on people playing regularly on the ‘pokies’. Around 600,000 Australians (4% of the adult population) play at least weekly. While survey results vary, around 15% of these regular players (95,000) are ‘problem gamblers’. And their share of total spending on machines is estimated to range around 40%.”

If the last point is true, that could mean a whopping AU$4.64bn (£2.6bn, €3bn) of the nation’s pokie losses are coming from problem gamblers. To put this in perspective, the total amount lost on sports betting (AU$815m) is just 17% of the amount lost by problem gamblers on pokies.

The Sportsbet spokesperson adds: “Sports and racing-related problem gambling is only experienced by a very small percentage of the population.”

He points to a 2015 study by Australia’s Southern Cross University that found that despite the rapid growth in online gambling, “individuals who gamble online may have lower rates of gambling problems” than those who do so on pokies.

That study also said: “Almost half of all gamblers stated that land-based electronic gaming machines were the primary cause of their problems, including among Internet gamblers.”

Taking all this into account, it’s hard to fathom why sportsbooks get so much negative attention from regulators and anti-gambling commentators, while very little is being done — even if Xenophon is campaigning in this area too — to curb the widespread issues related to pokies.

Then again, perhaps it’s not that difficult to understand. There’s a lot of political mileage to be gained from ‘cracking down’ on gambling — an Australian National University Public Opinion Poll conducted in 2011 found that 70% of Australians thought that gambling should be more tightly controlled.

But there’s also a lot of tax revenue to be lost by cracking down on pokies and the very real problem they cause among certain gamblers.

Fletcher says: “State governments are so dependent on pokie revenues — they are as addicted to the pokie machines as punters. They are actually quite reluctant to do anything because they would literally pay for it.”

But Fletcher admits that sports betting operators have played a role in becoming the scapegoat for Australia’s gambling problems.

Industry mistakes, UK in-play approach
“There is a lot of beating up of sports betting going on, but some operators haven’t helped themselves. There has been a huge amount of advertising, so sports betting is an obvious target because it looks intrusive and some of the advertising is pretty tasteless stuff. Some of them are not doing themselves any favours.

“In five years’ time there will be a lot of consolidation in the industry, a lot of operators will drop away and the amount of advertising will then drop away naturally too.”

One anticipated development that would have supported the growth of sports betting in Australia was the possible lifting of the ban on in-play betting.

But betting operators’ hopes were dashed earlier this year when a government-commissioned review of the impact of illegal offshore wagering recommended against such a move.

The government has since clarified that it intends to crack down on loopholes used by operators which continue to offer in-play betting in Australia, and the Northern Territory government last month wrote to operators licensed in the state to give them 28 days to cease offering in-play options.

The review argued against in-play betting on the grounds that it would lead to integrity issues such as match-fixing and result in an increase in problem gambling.

Interestingly, the UK’s Gambling Commission, which provided input to the Australian review, last week published a position paper on in-play, in which it said: “The Commission does not consider, at this time, that in-play betting represents such a significant risk to the licensing objectives that additional measures are required.”

Although it referenced the approach of countries such as Australia and the concerns over match-fixing and problem gambling, the report concluded: “On the balance of the evidence we have reviewed and considered, we have concluded that the current regulatory regime in place for in-play betting is sufficient and further controls are not needed at this time.”

Of further interest is the fact that this week UK Prime Minister Theresa May backed a major review of fixed-odds betting terminals — the UK equivalent of Australia’s ‘pokies’ — on the back of repeated lobbying by campaign groups and local governments, which argue limits should be lowered due to the problem gambling associated with these machines.

It would seem, then, that the two nations are miles apart, not only in distance, but also in their attitude to gambling. Although Australia’s love of a flutter has attracted many of the UK’s big operators to try and replicate their UK success Down Under, if the anti-sportsbook mood continues, some may be forced into a rethink.