Susan O’Leary says a regulatory storm is set to blow across Asia, and operators and suppliers need to be licensed now to ensure they come out the other side. 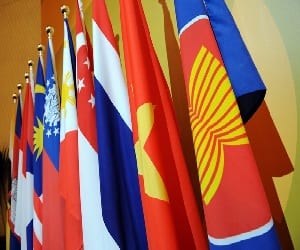 Susan O’Leary, Director of eCommerce at Alderney, says a regulatory storm is set to blow across Asia, and operators and suppliers need to be licensed now to ensure they come out the other side.

Asia is a continent primed and ready for widespread online gambling regulation, but at present there's a patchwork of laws and rules which are difficult for operators and suppliers to navigate. With a population of 4.4 billion people across the continent’s 48 countries, the market is vast but relatively untapped.

There is a huge appetite for gambling throughout – both retail and digital – while most countries boast advanced technological infrastructure and high mobile adoption rates.

The scale and scope of the market is a major draw, with many unlicensed operators continuing to offer online gambling products to players across the region, despite the shaky legal ground.

Change is in the air, however, and a growing number of countries, lawmakers and regulators are slowly coming to understand the need for robust and solid licensing frameworks for igaming operators.

The Philippine co-regulator First Cagayan has a growing list of operators under its regulatory regime, while Cambodia recently gave the green light for the Khmerlottery to offer online/mobile games to players in the country. India is also on the move, with momentum building behind iPoker legislation.

The shift to a fully licensed and regulated market will take time, of course, but is something that could happen within the next decade. As such, operators and suppliers who want to maintain a presence in Asia, or those looking to march into the region for the first time, should ensure they are licensed now to build success and sustainability in the future.

It is easy to understand why, in the current climate, these operators may question the need to be licensed. Compliance isn’t something they concern themselves with when operating in a market without rules. This approach, however, is leaving them exposed to geopolitical factors and increased risk in a region where the only certainty is uncertainty.

It also misses the point. Licensing and regulation aren’t just about putting a tick in a box to satisfy the regulator’s demands; it is a frame of mind, a strategic approach, a way of doing business that means operators are working at the highest possible standards.

It allows them to stand up to the ever-changing market forces, which gust, rage and destabilise even the most established businesses. Licensing and regulation offer more than just security, particularly if businesses choose to work with established regulators such as the Alderney Gambling Control Commission (AGCC) where other benefits include:

Partnerships with other licensees
Being licensed in a jurisdiction such as Alderney opens the door to working with other regulated B2B and B2C partners. It adds an additional layer of security and robustness for businesses, with both parties adhering to the same internationally recognised standards and requirements. It fosters stable and successful relationships that lead to long-term success, partnerships that would not be signed between a licensed and an unlicensed business.

Mergers and acquisitions
It also helps operators and suppliers when it comes to M&A. Investors, lenders, and regulators want to know they are dealing with a transparent and reputable enterprise, and being compliant with the standards required for licensing go a long way to achieving this.

The same can be said for companies seeking an IPO. Take Eyecon, for example. The Australian game developer is licensed by Alderney and headquartered in Guernsey and recently inked a £50m acquisition deal with Playtech – a deal that would never have come about if Eyecon was not licensed.

Payments and banking
Payment processing and banking are vital components of any igaming business, but many financial institutions and processors will not work with unlicensed companies.

The risk simply outweighs the reward. Holding a licence from an internationally recognised regulator such as Alderney is more than enough to mitigate their perceived risk. It also helps operators bolster their payment processing capabilities with new technologies specific to each market.

Business growth
Working with an established regulator allows businesses to grow in a secure environment. New products, features and tools can be introduced under an existing licence framework allowing operators to respond and adapt to trends rapidly. In addition, players feel safer registering with a top-tier licensed operator which in turn leads to increased customer acquisition and retention.

Endless opportunities
Licensing allows businesses to come out of the shadows and into the light, enabling them to take advantage of other perks.

Alderney’s licensees, for example, enjoy a low-to-zero tax economy, and our framework is endorsed by Moneyval and FATF in terms of full compliance with international AML and CFT standards. We are a 40-minute plane ride from London, and we straddle the main EU/US Cables.

Regulation and licensing should not be feared.

There is often a perception that it holds back progress, preventing operators and suppliers from adapting to rapidly changing markets and emerging trends. When done properly, that is simply not the case – quite the opposite, in fact. Take the AGCC, for example; its regulatory framework has been more than 16 years in the making and is a powerful beast with a huge amount of in-built flexibility.

That means the AGCC can take a risk-based approach to licensing operators and suppliers.

Their experience and knowledge allows them to confidently apply certain requirements and standards to businesses on an individual basis instead of insisting on compliance with a vast array of criteria not relevant to their company or the market they operate in. This, in turn, allows businesses to remain lean and mean, and competitive in any give market – so long as they meet the high standards set.

Asia will become the largest legal online gambling market in the world once the right regulations are in place. Player appetite is there, as is the technology required to deliver igaming to consumers right across the continent. For now, however, the waters remain rough, and operators and suppliers looking to build a successful and sustainable business must be licensed if they are to ride the storm.

Here at Alderney we have the knowledge, expertise and, most importantly, experience to steer any igaming ship on to success. All it needs is for operators and suppliers to understand the benefits of licensing and regulation, and to embrace what it takes to be a gold-star businesses in this fiercely competitive, and constantly fluctuating, industry. Those that do will swim, while those that don’t will almost certainly sink.