France’s gambling market is going through big shifts in terms of both operators and regulators as it nears the end of its first decade. These should leave the igaming industry in a stronger position, says Jake Pollard. 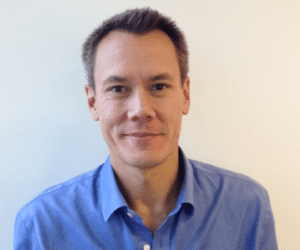 France’s gambling market is going through big shifts in terms of both operators and regulators as it nears the end of its first decade. These should leave the igaming industry in a stronger position, says Jake Pollard.

France’s regulated igaming market is 10 years old this year and along with the UK and Italy, it could be described as a pioneer of sorts when it comes to Europe’s regulated markets. After all, of the major European countries, they were three of the earliest to have licensed igaming activity within their borders.

France’s regulation in 2010 came amid some fanfare and was followed with enthusiasm by the business, political and media sets in the country. The mood among operators quickly soured, however.

The loud and persistent complaints about heavy taxes on turnover or online casino not being licensed led many of them, big and small, to close down or throw in the towel. Eventually, those remaining  found a way to make the market work for them, although in truth it is the online sports betting vertical that is driving the sector forward.

On the corporate front the most important news to come out of France this year has been the privatisation of national lottery operator La Française des Jeux in January. The French state reduced the 72% stake it had in the group to 21% and generated €1.89bn from the sale.

ANJ assumed its role in June and is now headed by its new president Isabelle Falque-Pierrotin, who was formerly head of the Commission nationale de l'informatique et des libertés (CNIL), the body that enforces data privacy laws related to the collection and storage of all public and private information in France.

Nearly 80% of the sector
For the industry the key change is that ANJ now regulates 78% of France’s gambling market across both the online and land-based channels, including the country’s 202 land-based casinos. However, the Interior Ministry continues to assume responsibility for any issues linked to money laundering or gaming integrity.

This marks a big shift – in the past ARJEL supervised only around 11% of the country’s gambling industry, whereas ANJ now regulates 78% of a market that recorded €50bn in stakes and €11bn in gross gaming revenues in the past year and is the third largest igaming market in Europe. That kind of financial heft carries a lot more weight when discussing regulatory and tax issues with politicians and legislators.

And although FDJ’s regulatory aims have always been different, and are likely to remain that way for some time, to those of Unibet or Betclic, the fact that the whole of its corporate entity now comes under ANJ’s regulatory supervision will mean a more cohesive approach when it comes to operators lobbying for regulatory changes.

The changes were organised to come into play in chronological order and “as a whole the French online gaming and betting sector views them in a positive light”, Hervé Schlosser, vice-president of the country’s igaming trade body Association Française du Jeu en Ligne (AFJEL), tells iGB.

“We have been calling for a single regulator to supervise the whole of the industry for some time, so this is a good sign of progress. The fact that both PMU and FDJ’s land-based activities are now under ANJ’s regulatory remit provides a more efficient structure, a better economic view and some uniformity of thinking between online and land-based activities.”

Diane Mullenex, head of the betting and gaming practice at the law firm Pinsent Masons, echoes those thoughts: “ANJ will have oversight of the whole sector so there will be better coordination and a more global perspective, which will be a good thing.”

In terms of leadership, the arrival of Falque-Pierrotin as the new president of ANJ is likely to also mark a change to its approach to regulation. “As head of the CNIL she enabled the authority to evolve at great pace and had a major impact on the market,” says Mullenex.

Player focus
“Whether in terms of execution or governance as well as the data privacy areas CNIL covered, she modernised the organisation and updated its way of working and the outlook it could take on issues that have become hugely important in the online space.”

Falque-Pierrotin headed up the CNIL from 2011 and was in post when the pan-European GDPR measures came into effect in 2018. She has always insisted that the major tech giants should respect European citizens’ data privacy rights.

As part of her work with the European Commission’s Article 29 Data Protection Working Party she wasn’t shy in reminding the tech giants of their responsibilities under the ‘Safe Harbour’ data agreement between the US and Europe. In other words, she has dealt with (much) bigger fish than igaming operators and has shown that she is not afraid of taking positions on key issues.

And as ANJ’s launch document states, with more than half the French population taking part in some form of gambling (lottery included), “the growth of the sector must be based on an offer that is recreational and honest. The regulator must ensure those principles are respected”.

She tells iGB in a forthcoming interview: “I wish to place the players at the heart of the regulation. For that to be real and effective, I want ANJ to be as close as possible to the gambling experience and the uses (playing habits) of the players, by articulating its action around three fronts: information, service and capitalisation on the collective intelligence of the players.

“Also, the transfer of the management of the file of banned players from the Ministry of Home Affairs to the ANJ starting from September will be an opportunity to make players more in charge of their own gaming activity. Indeed, the ANJ will propose a new registration process and a real tool for self-protection and control of the game, faster and less guilt-ridden. Concretely, a motivational interview with the ANJ staff will be carried out with the players in order to direct them, if necessary, to healthcare professionals.”

But while perceptions over how safe (or not) online gambling is can vary substantially according to what people hear or read, and the crossover between channels, notably mobile and how it pervades nearly all aspects of people’s lives, means the borders between physical and remote gambling are getting increasingly blurred.

On a regulatory level, the fact that ANJ oversees all platforms means it should have a better view of how, where and when players go overboard in terms of responsible gambling.

ODJ stats and detail
For Schlosser this is positive as ANJ is a single authority overseeing all these questions and will watch over both platforms. “But it must also look at issues like the fact that it is very difficult for players who have self-excluded or minors to access online games. That is not the case with physical outlets, where there are minimal identity or age verification procedures in place. Those tools are widely utilised in online settings, they should be applied to land-based environments.”

This point is often made by executives in the online industry and in their view, it signals a lack of knowledge about how websites ensure the majority of their players are gambling safely. Such stereotypes are also encouraged across much of the mainstream press.

While take up of online poker (2.9% of gamblers) and betting on horse racing (7.7%) fell over the past five years, sports betting participation rose from 6.6% of gamblers to 11% in 2019, but interestingly ODJ’s 2019 annual report also reveals that levels of customer spend dropped between 2014 and 2019.

The report states: “The sports betting sector is the main reason for this drop in spending. The average spending levels per player account dropped 10% from 2017 to 2018. A major reason for this is likely down to new recreational players opening accounts during the 2018 World Cup.”

Positive overall
For Schlosser, “the ODJ data shows that out of three million active player accounts in 2018, average player spending levels dropped from €343 in 2017 to €308 in 2018, which is approximately €25 a month. This shows that stories of players overspending on online gambling are not backed up by the data, while there is little visibility on the offline-online spending split. Sporting integrity is also strong in France and there are very few cases or stories of match-fixing (linked to online sports betting). This is because bets on lower level sporting events are not allowed in order to protect them.”

Mullenex says while having a single regulator in the form of ANJ is positive for the French igaming sector, she also cautions: “Post-Covid there will be a desire to protect French companies and as politicians deal with bigger issues to do with the tech giants and privacy, it’s hard to know how much bandwidth there will be for gambling. Much will also depend on the performance of FDJ, as its privatisation and the launch of ANJ were coordinated to go hand in hand.”

With online’s share of the French gambling market rising to 55%, it is clear dot fr operators have consolidated their position in the country’s gambling landscape in the past 10 years. And although FDJ’s privatisation and the coming into effect of ANJ are not directly linked to this trend, the igaming sector now holds its own in France’s regulatory structures.

As Schlosser of AFJEL says: “Online operators are now meaningful actors, even if offline remains a huge sector; and it is positive to have a single authority overseeing the sector. As operators the tools are in place to ensure the highest levels of player safety and responsible gambling. We want to continue building on these solid foundations and ensure the online sector has safe, responsible and entertaining offers to promote to its players.”