A process that stretches back almost a decade will come to an end should the Netherlands' regulated igaming market open for business in 2021. Rene Jansen, chair of the country’s regulator the Kansspelautoriteit (KSA), talks Robin Harrison through the final stages in its preparations 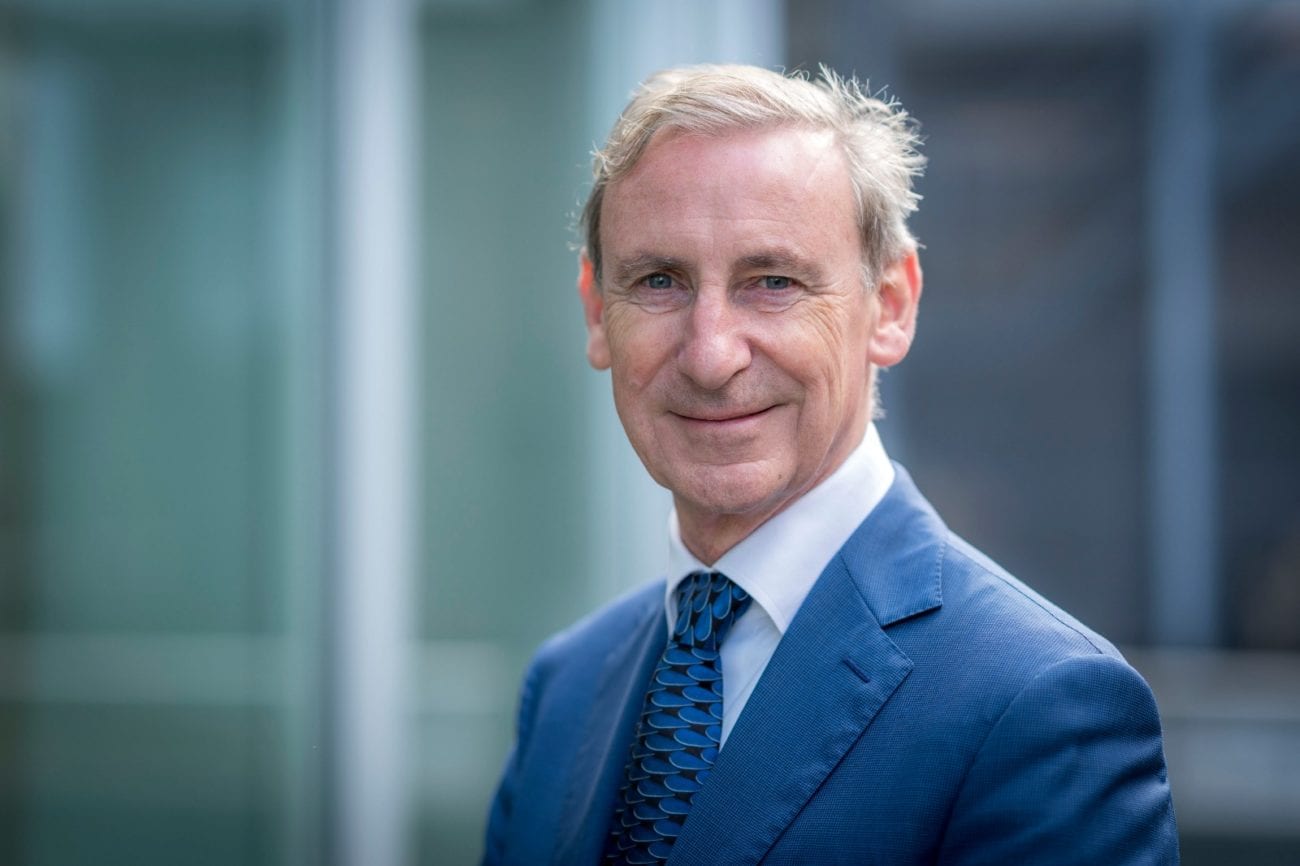 A process that stretches back almost a decade will come to an end should the Netherlands' regulated igaming market open for business in 2021. Rene Jansen, chair of the country’s regulator the Kansspelautoriteit (KSA), talks Robin Harrison through the final stages in its preparations

Next year will mark the conclusion of one of Europe’s longest running regulatory sagas. From 1 July, 2021, the Dutch igaming market will open for business. This represents a six-month delay on the original date targeted for the opening.

But then again, discussions over an overhaul of gambling regulations that had been in place since 1964 began in 2012.

The Remote Gambling Act was first filed in the country’s legislature in 2014, and passed by the House of Representatives in 2016, before almost three years in stasis, until it finally made its way through the Senate in February 2019.

This date, Dutch gaming regulator the Kansspelautoriteit (KSA) hastens to add, is currently not affected by the ongoing novel coronavirus (Covid-19) pandemic. All efforts remain focused on preparing for that July deadline.

In fact KSA chair René Jansen admits to feeling “a little neutral” on the date change.

While this will give the country’s legislature more time to finalise the Act’s subordinate legislation and for a proper consultation process to be carried out, he says the regulator was on track to meet the original 1 January deadline.

“This gives us a little breathing space, so we have more time to test IT systems, but we were on track,” Jansen says. “In a sense it is a bit more relaxed now, with six months extra time.”

This consultation process, it should be said, creates a degree of uncertainty. As politicians have the opportunity to put forward and vote on changes to the legislation, carefully planned regulations could be subject to last-minute alterations.

This is evidenced by the advertising window for operators – originally set between 7pm and 6am – being pushed back two hours during the consultation.

Jansen admits that this does lead to some uncertainty, but adds that “as much as 90%” of regulations are already passed into law, and therefore fixed with no scope for amendments.

One of these elements currently being fine tuned is the so-called cooling off period, which prevents any operator convicted of contravening the current prohibition on igaming from entering the market for at least two years.

With the market opening delayed, this now looks to be extended by six months. It seems to echo the ‘bad actor clauses’ that were added to a number of regulatory proposals in US state markets, but have largely faded from view in recent years.

Whether this is fair, Jansen initially stays neutral – “I’m not a politician, I’m a regulator, and we’ll be executing what the politicians decide” – when pressed he argues that it’s a justifiable compromise.

“I think that it’s fair when you look at some operators who have specifically and actively targeted Dutch consumers, illegally,” he begins. “For us this is an illegal offering, on which they didn’t pay tax.

“If they gained market share illegally, then I think it is fair to say that they have to wait. It’s a way to deal with the past, then go on with the future, as a regular licensee. I can understand why this has been implemented.”

Alternatives, such as Spain’s back tax calculations which gave rise to the authorities' infamous tax grab ahead of the regulated market opening in 2012, are too vague to work properly, he adds.

“It’s very hard to know what sort of money we are talking about; we don’t know for sure who did or did not actively target Dutch consumers, and how much turnover they generated.

“We had our first parliamentary motion on this in 2011, directing us towards this freeze period,” he points out. “I’m rather new in this business but to my recollection we’ve always been steering towards this measure.”

While Jansen says it’s impossible to know for sure how many operators were targeting Dutch consumers, but 2019 saw €3.5m in fines doled out by the KSA for illegal activity.

This total, while dwarfed by the penalties issued by the GB Gambling Commission and Sweden, saw the total penalties more than double year-over-year.

This came after the KSA pledged to intensify its enforcement activity in 2017, before Jansen took on his current role.

This saw the introduction of a more refined strategy which prioritised targeting operators that were obviously aiming their products and services at Dutch consumers, such as through offering their sites in the language and using local payment methods.

“Now we’re seeing the results,” Jansen says. “The level of fines has gone up, and for people fined for a second time, there are supplementary charges on top of the usual penalty.

“I’m happy to see now that the operators are paying their fines, because they want to be able to say for sure that they will be granted a licence in future, which has made them more obedient than in the past.”

Like Sweden – where the regulator admitted late last year that only one operator had at that point paid its fine – almost all fines have been appealed. But to date the KSA has prevailed in every case.

The parallel with Sweden is deliberate, as like that market, the opening of the Netherlands’ igaming market has been a long time coming, and has been highly anticipated by the industry.

This is clearly shown in the interest in applying for licences, with around 185 different companies stating their intention to be involved.

“You don’t know whether that’s all of them, and I’m having meeting with operators we haven’t heard from yet,” Jansen says.

“I think some will be making their business cases as to whether it’s viable for them to enter our market, but I estimate that we will see some 100 to 120 applications.”

Here another parallel to Sweden emerges. While the Scandinavian country’s approach to regulation has been criticised by operators as being too aggressive and vague at points, Jansen sees it as an approach from which the Netherlands can learn a lot.

“They launched before us, so we have then learnt from them from the licensing process, and now we are watching how they enforce the first year after the market opening, and it’s an inspiration to us.

“When I look at the way we want to deal with the market opening, we will be enforcing regulations and making sure that there will be compliant behaviour by our new licensees, very strictly.”

He explains that the KSA is determined to have a “clean” market opening, where the licensees behave responsibly. Gambling, he points out, remains a very sensitive issue in the Netherlands, and the KSA will therefore take charge in the early stages.

“Maybe after a few years, when we see the process becoming more smooth, we might change our attitude and become more collaborative,” he admits. “But at first we think that trust has to be earned by the operators – they have to show that they can operate responsibly.”

This, he says, has been informed in part by “waves of advertisements” and growing problems with gambling addiction in a number of other European markets, something he picks out as a key concern.

“This is showing us the risky side of gambling, and from a number of recent market launches, it shows that responsible gambling needs to be a top priority.”

Again, there are parallels to be drawn with Sweden, where operators were first warned over what Spelinspektionen considered “excessive” advertising.

Things may move a step further, with either a temporary ban on advertising during the Covid-19 pandemic, or new, permanent restrictions.

The Gaming Market Commission (Spelmarknadsutredningen) is due to deliver its assessment of the market opening, including any legislative proposals to deal with advertising, by October this year.

“[In] our country, it is at the front of our minds,” Jansen says of operator advertising. “We will be very keen that there will be a certain ‘modesty’ in terms of advertising levels, that minors will be kept out, that operators will take care of their vulnerable customers.”

Yet Jansen – and the Dutch government – is equally mindful of the dilemma posed to operators that will be looking to build their regulated businesses in the country, and show they are available to consumers.

“[You] must give the licensees a position to show they are available, and achieve the [channelisation] target of 80% in three years,” he says. “So you need to show there are some new kids on the block.

“But on the other hand, if you have the huge waves of adverts, as you saw in Sweden, or in Italy, [that] were be followed by a ban on certain forms of ads, or even certain restrictions, you can’t call that a great success.

“So it’s about finding a balance, where operators can show they are in the market, but also taking responsibility for avoiding overkill. Because that would trigger irritation, political reaction, press reaction, and have a negative impact on the industry.”

This should be viewed as a warning to the industry, if Sweden’s approach was not clear enough. The days of operators being able to make mistakes as they feel their way around a new territory and audience is definitely over.

But before that point comes, in July 2021, there are still a number of hurdles yet to clear. The consultation process on the subordinate legislation may have now ended,

The procurement process for the self-exclusion database, Centraal Register Uitsluiting Kansspelen (Cruks). This has been shifted online, as a result of Covid-19.

“That has to be built, that has to be tested,” Jansen says. “So that will also be part of the consultation and testing period.”

There will also be an online application form, to be built, as well as informational meetings with the industry to be held. This was originally planned for after the summer – before if possible.

In total Jansen expects “100 to 120” applications, and will bring in up to 40 additional staff to handle the application processing. Provided the Covid-19 pandemic does not disrupt the process, it certainly feels as if a process that dates back to 2011 is nearing its end.

As Jansen says: “It has taken too long. Far too long.”