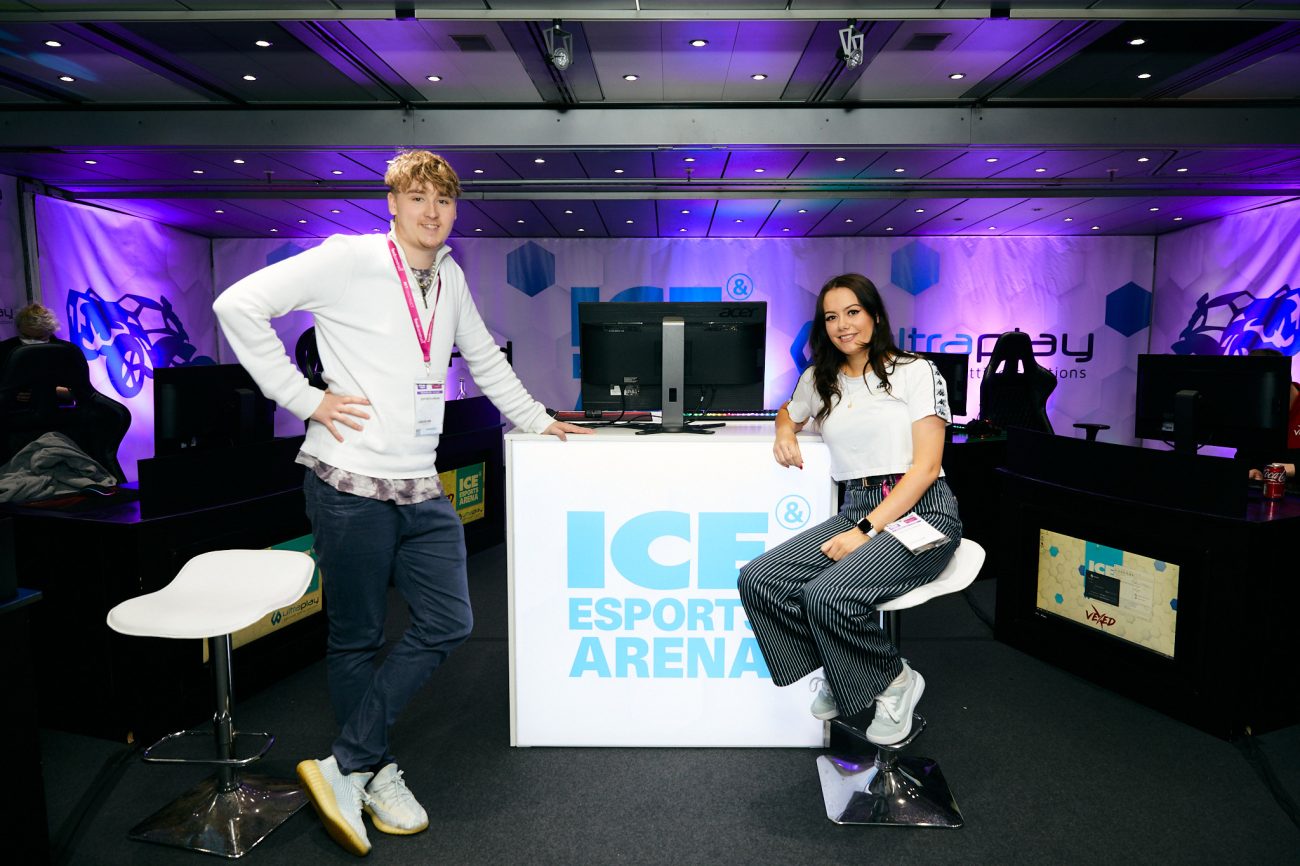 Apex Legends was the game and Vexed was the team wowing audiences across the week at ICE.

Showcasing EA’s shooter, first released in 2019, were professional Esports team, Vexed. They were only formed in February this year but showed brilliant chemistry as they took on all-comers in both ranked and casual online games across the 3 days.

The Apex Legends game mode consisted of 20 teams of 3 players who battled it out on a map that decreases in area size as the game progresses.

The three professionals, muhhn, jelliedcorn and B4mbino had their best day on day 2 of the showcase totalling an amazing 8 wins from 8 games to truly validate their impressive skills.

Presented by Morgan Merrett (Juxto) and cast by John Pritchard (JohnPee), the ICE Esports arena proved extremely popular once again, with audiences this year able to place cash free bets on each game via Ultraplay’s betting booth. Everyone who placed a bet was entered into a draw to win a Playstation 5 – the more successful the bets, the more draw entries you won.

Each member of the audience started with 15 free chips and staked them against odds that were provided live for each game. In total, 572 individual bets were placed by over 300 players, with around 22000 chips staked in total. It seems that the Apex Legends luck was most definitely in!

This year’s arena marked yet another successful step forward for ICE Esports coverage and provided fantastic entertainment for guests. If you did manage to win some draw entries, don’t forget to keep an eye on your email in case you’re lucky enough to win the sought after Playstation 5 and let’s all look forward to further Esports offerings at next year’s ICE London.