Buzz Bingo has been fined £780,000 by the Gambling Commission after failings in its anti-money laundering and social responsibility procedures and processes were uncovered. 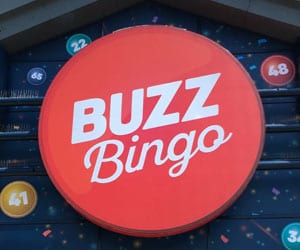 The regulator said a number of failings occurred between October 2019 and December 2020, meaning they took place under its previous ownership, Caledonia Investments.

Asset manager Intermediate Capital Group (ICG) acquired a majority stake in the operator for a “nominal amount” in March 2021.

These failings included allowing a customer to deposit £22,400 in five days without a “meaningful interaction”, a sign that financial triggers may have been set too high.

A different customer deposited and lost £12,400 over six days, but the operator’s only record of a customer interaction said they were “coping well in Covid-19”.

When Buzz Bingo did interact with customers, the Commission said that the operator did not always follow its procedures and ask if they were comfortable with their levels of play.

The Commission also noted that after two customers won large sums of money, the operator “failed to consider the increased risk of gambling harm to those customers despite the customers displaying high levels of spend”.

These incidents were viewed as the operator failing to comply with Social Responsibility Code of Practice provision 3.4.1, the regulator ruled.

Looking at anti-money laundering failures, the Commission said triggers for source-of-funds checks were too reliant on open-source or anecdotal information, such as trusting that a large customer win was adequate proof of funds.

“One customer was able to hit nine financial alerts before their account was suspended pending an AML interaction,” the regulator noted.

When AML interactions did occur, the regulator said records of the actions taken were often lacking in detail. These failings were found to be in violation of paragraph 2 and 3 of Licence Condition 12.1.1, relating to the prevention of money laundering and terrorist financing. The business also failed to act in accordance with Ordinary Code Provision 2.1.1

As a result, the Gambling Commission issued a warning and required Buzz Bingo to pay a £780,000 fine.

“As a regulator we expect all operators to effectively implement policies and procedures which make gambling safe and crime-free,” Gambling Commission executive director Helen Venn said.

“Every single gambling business should be aware that we do check that these are in place and are being adhered to. If they are not, we will take action.”

Buzz Bingo chief operating officer Dominic Mansour said that, since the failings occurred, the operator has worked to completely overhaul its compliance processes to ensure that similar events would not happen again.

“One of Buzz Bingo’s core values has always been to put players first and protect those that are vulnerable,” he said. “Buzz Bingo is fully committed to ensuring it meets the highest standards of compliance across its digital platform, including its anti-money laundering and social responsibility obligations.

“The fine from the Gambling Commission relates to legacy issues that have now been addressed. Buzz Bingo has reviewed and overhauled all its compliance measures and is confident that current policies and processes now meet the standards set.

“Moreover, Buzz Bingo has increased its current and ongoing investment to enhance all its risk and compliance processes to continually improve player protection.”

The fine comes a week after the Gambling Commission released its annual compliance and enforcement report, in which it criticised operators for insufficient AML and social responsibility checks.

Also last week, Gambling Commission interim chief executive Andrew Rhodes warned operators that the Commission would take strong action against licensees that fail to live up to its standards.

Speaking at a conference hosted by GambleAware, he said that the unlicensed market is “nowhere near” enough of a threat to deter the regulator from taking strong action if needed.