With esports enjoying a young demographic and a possible future as an Olympic event, is it any wonder that the betting industry is clamouring to get involved? 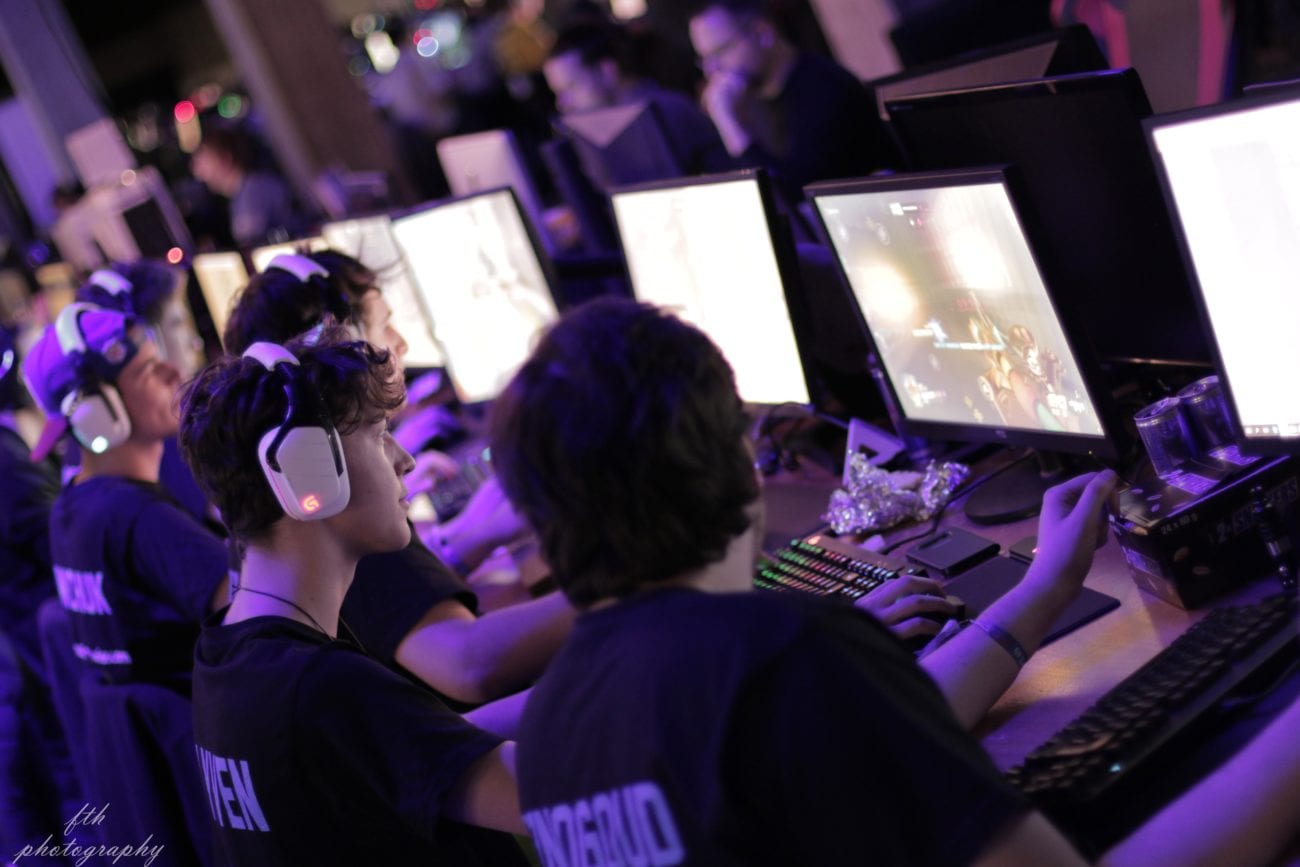 Much has been said about esports and how it intersects with the gambling industry, beyond the natural crossover with betting. But how far from fruition is this partnership and what risks – and opportunities – does it offer each industry?

Esports has been growing in prominence, to the point where it’s now being spoken about as a possible Olympic sport. This would of course maximise its visibility by presenting it to a global audience, as well as making it even more attractive to bettors.

Significant steps are already taking place, such as the International Olympic Committee (IOC) organising an experimental tournament – the Olympics Virtual Series – before the Tokyo 2020 Olympics, preparing the ground for further developments.

Closer to Europe and Italy could play a decisive role from a legislative and regulatory point of view. In particular, esports has the support of Italy’s Olympic committee, Comitato Olimpico Nazionale Italiano (CONI), which forms part of the IOC.

The fact that CONI has expressed interest in understanding how a federation exclusively dedicated to esports can be established certainly represents a step forward. In addition to starting a pilot process within Europe and the IOC, it could inspire many other bodies to follow suit.

However, CONI’s idea is to restrict the field to those games that have some relevance to sports and Olympic values, something strongly contested within the competitive gaming environment. This means that sports simulation games, which CONI has termed ‘virtual sports’, would be exclusively regulated and proposed as an Olympic sport, at least initially. Controversially, this would exclude many popular strategy or shooter titles.

Hence the opposition from players and video game publishers who have distanced themselves from this type of regulation, saying it doesn’t take into account the reality of the market and business. Influential body the Italian Interactive Digital Entertainment Association (IIDEA), which represents videogame developers in Italy, has openly opposed CONI’s proposal.

This is why the proposal put forward by CONI and the IOC may not be a game changer, as it risks harming the entire esports ecosystem. Looking at the link between esports and betting, however, it could still represent a first real step towards defining the synergies between the sectors.

We are in a key moment where there is a great deal of attention on the subject, attention that only intensified during the Covid-19 pandemic and subsequent lockdowns. Esports of course became a more important betting market during the various lockdowns when much of the sporting calendar went into hiatus. It is now projected to account for at least 3.2% of global betting volume – equal to $800m in player expenditure – by 2024.

There are parallels to be drawn with tennis here, according to Laura D’Angeli, management advisor at Esportsforbusiness. Tennis started from a similar base to esports, enjoyed rapid growth, and today accounts for some 20% of the global betting market.

Considering esports’ widespread appeal, it could also become a driving force for the betting industry’s growth. It engages new demographics and is a technologically advanced sector, meaning it could potentially be central to the sector’s future.

According to D’Angeli, there are three fundamental elements that characterise esports: the games, the competition organisers, and the players. There are also three areas that are critical to each: regulation for the games, and business integrity and sustainability (especially from a betting perspective) for the competition organisers and the players.

Among the issues that need particular attention is the risk of match-fixing and the age of the participants.

There are some concerns across the industry about the target demographic of esports, and how that is affected by the prohibition of underage gambling. Not only are the players younger, but much of the audience is made up of minors as well. Some stakeholders are therefore worried that the act of offering odds on esports events could be seen as of undue appeal to minors, or viewed as inducements for underage gambling.

But even here the betting industry could provide some solutions, as Fernando Ferrero, EMEA sales manager for betting and data specialist Sportradar, explains. He says it is necessary to “act on two fronts, on the one hand assuring the phenomenon to be able to [grow], on the other preventing […] events that jeopardise the growth of the phenomenon”.

“It’s important to educate the kids, those who train them and those who manage them, to explain what the consequences may be – it helps the sector to develop awareness [of issues such as match-fixing]. I think it is important to support the various federations by providing the tools to create their own ethical codes.

“The importance of esports, as far as the betting sector is concerned, […] is the fact it represents a link with new generations, with whom our [sector] absolutely needs to start talking.”

The esports point of view

But what do those in the esports sector think?

Luca Pagano is chief executive of esports organisation QLASH and also knows the betting and gaming sector, having spent many years as a professional poker player and PokerStars ambassador.

“As a businessman, I hope that regulation will come but that it will be implemented with the [support] of all the players in the sector,” he explains.

Esports, he continues, is not so much a trend but more of a structural change to the established sports and entertainment fields.

“There is still a lot of hesitation, especially from many brands, but the base is expanding. Esports was born about 20 years ago, and those who followed [the early competitions], and are now 40 to 45 years old, and still follow it.”

They have been joined by younger viewers and spectators, and the esports sector’s focus has now shifted onto this demographic. The popularity of esports among younger people has seen the rise of tournaments featuring Minecraft, a game designed for those aged 8 to 14.

But there is also another reason why young people are becoming interested, and that is the development of mobile gaming. Mobile, which is increasingly becoming esports’ dominant channel, boosts accessibility while also breaking down infrastructure barriers. Spectator numbers for mobile-optimised platforms such as Twitch are enormous and already surpass the numbers viewing competitions on PC.

The other important trend is that of traditional brands increasingly engaging with the esports world. Clearly, betting’s heritage in sports gives it experience of these partnerships and will help bring the betting culture to events.

Blockchain technology also has a role to play, Pagano adds. It creates easily accessible logs of activity, helping preserve the integrity and data collection for events.

Despite stakeholders’ misgivings about the proposals put forward by CONI and the IOC, Pagano argues that some form of regulation is necessary; by creating rules, there is a structure in place.

Regulation, after all, is the central issue that affects all stakeholders. And for a world as expansive as esports, there is a need to impose a sense of order. There is also the wider need to control and govern the supply of gambling.

According to Giancarlo Guarino, a sports lawyer and professor at CONI’s Scuola dello Sport, the IOC’s involvement is key. It has identified broader societal change from esports’ emergence and is working to ensure the Olympics are not cut off from younger generations.

The IOC’s early engagement with esports, even if only with games that are identifiable as traditional sports, is significant. But it’s the wider implications that are important, Guarino explains. It is taking the opportunity to ‘institutionalise’ esports, to give a degree of structure and security to those who play – and also those who watch.

“In Italy, CONI recognises some bodies are entitled to deal with sports (federations, associated sports or sports promotion bodies) on the basis of some specific requirements,” he says. “With this recognition, CONI gives guarantees to the state that the sporting activity was actually officially held under its protection.”

This was born of a need to protect national gambling offerings, such as Totocalcio, which required an irrefutable certification of results. This was one of CONI’s most important roles.

“Now there is a universe of new things to write,” Guarino  adds. “Under current legislation, [esports] can’t have that official recognition of the results, [which can only come from] the national sports federations recognised by CONI.”

Looking at the Italian legislation, Guarino explains that the heavier penalties provided for by the system can be imposed in cases where the bets are linked to sporting fraud (match fixing) for sports that are overseen by a federation recognised by CONI.. Therefore, if esports is organised through a body recognised by CONI, it will be protected by law.

One of the challenges to be overcome, according to Guarino, is the mistrust that many sports still feel towards esports.

But esports competitions are already considered real sports events and we can already bet on them. And in the US, where the legalisation of sports betting has been underway in some states since the 2018 repeal of PASPA, the esports phenomenon could represent an important trend.

Back in 2018, when the HyperX Esports Arena opened at the Luxor in Las Vegas,UNLV researcher Brett Arbanel predicted that esports would become a billion-dollar global industry “within three years”.

Research from Newzoo suggests Arbanel was right, with the sector projected to generate $1.08bn in revenue for 2021.

Juniper Research, meanwhile, predicts a 67% increase in esports and games streaming by 2025, with the market to be valued around $3.5bn (other estimates, on the other hand, put the figure in the $9bn range).

It is no coincidence, then, that in the US esports is constantly in the spotlight. The Pro Football Hall of Fame in Canton, Ohio, is teaming up with Esports Entertainment Group and adding a Helix Esports Center to its complex, just as lawmakers discuss the legalisation of sports betting in the state.

Elsewhere, Esports Entertainment Group has also partnered the Cleveland Cavaliers to be the “official provider of esports tournament platforms” to the NBA franchise.

Comcast Spectacor and Cordish Companies are also betting on the appeal of esports. They are investing $50m in the Fusion Arena, a “next-generation esports and entertainment venue” at the Philadelphia Sports Complex, home of Cordish’s Xfinity Live! Casino.

The goal, for everyone, is quite clear: to attract the next generation of players. While some traditionalists mock the idea of video games as a sport, athletes such as Shaquille O’Neal, David Beckham, Alex Rodriguez and Steph Curry think differently – all have invested in esports.

O’Neal and Rodriguez have invested in NRG Esports, launched by Andy Miller, co-owner of the Sacramento Kings. Steph Curry of the Golden State Warriors backed Los Angeles-based esports company TSM and David Beckham founded Guild Esports, the first esports company to list on the London Stock Exchange. But these are just a few examples.

As Adam Weinstein, founder and CEO of esports and DFS operator ThriveFantasy, said in a recent interview: esports and sports betting are not that different, it’s all about betting on results.

What is different is the audience and the channels through which users view and interact with games, contests and tournaments. Traditional sports are still mostly broadcast on television while esports tournaments are streamed through non-broadcast media such as YouTube and Twitch. This is because esports fans tend to be younger and more tech-savvy than the traditional sports audience.

Therefore, it is just a question of shifting the spotlight towards the new paradigm and adapting the betting offer to the new channels. The rest will come by itself, through the progressive development of esports. You can bet on it.

Alessio Crisantemi is editor of the Gioco News magazine – a leading publication in public gaming field – and of the online daily news site eSportsMag.it. He is considered one of Italy’s main experts in the gaming field, and attends major public debates on the subject in Italy and abroad. He is a teacher of various professional training courses on the subject of communications in gaming.