DraftKings increased its revenue guidance again after recording half-year revenue of $609.8m, up 282.3% from 2020, though losses also continued to grow as operating expenses exceeded $1.00bn. 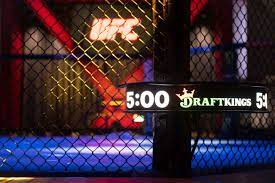 Of the operator’s $609.8m in revenue, $530.9m came from its own gaming operations, up 281.7%. The operator said this increase was due to “strong customer acquisition and retention, the successful launches of our Sportsbook and igaming product offerings in additional states since the second quarter of 2020, and a more favorable sports schedule compared to the six months ended June 30, 2020, which was more substantially impacted by Covid-19.”

The business also said in its report that while SBTech had previously offered its services through a reseller in Asia, that this agreement was terminated on 1 April, with a transition period that has now expired.

The United States made up the vast majority of DraftKings’ revenue, at $549.6m, while the rest of the world brought in $60.2m.