The only existing form of digital betting in the US granted exemption from UIGEA in 2006, horse race wagering is an often-overlooked multi-billion industry that operates across 43 states. North America section editor Alana Levine, of Income Access Group, looks at its development and positioning in today’s iGaming market for iGaming Business. 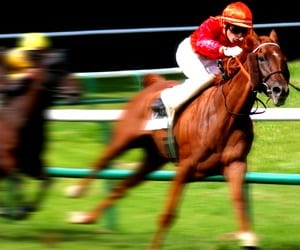 The term ‘regulated iGaming’ in the United States commonly refers to the big two verticals of poker and casino. Only recently has daily fantasy sports (DFS) joined the discussion, having assumed its current position in the regulatory hot seat this summer. These verticals continue to capture our attention, as we wait in anticipation for additional states to take action.

What many of us often overlook is that there is another vertical within regulated iGaming that has been in operation for decades. That is horse race wagering, a digital betting option that remains an influential player in online wagering revenues for several states. The vertical may not receive the same hype as its iGaming counterparts; however, it represents a multibillion dollar industry in the United States that should not be forgotten.

Horse racing is one of the longest-standing sports in the United States, dating back to the mid-1600s with the construction of its first track in Long Island, New York. Several hundred racetracks now exist across the country. Many of these are independent, with others operating in conjunction with casinos, also known as racinos. Wagering on the sport has just as long a history, thanks in part to its exemption from the Unlawful Internet Gambling Enforcement Act of 2006, a ruling that ended online gambling for poker, casino and sports betting. The vertical now permeates 43 states, in comparison to daily fantasy sports, which is accepted in 35 states, and traditional online gambling, which is regulated in three states.

Wagers can be placed directly at the racetrack, or alternatively, online at advanced deposit wagering (ADW) sites, now the most popular method of betting, according to the Jockey Club. One of the first brands to offer online wagering was TVG in 1993, followed by TwinSpires, BetAmerica, and Xpressbet in the early 2000s. In total, there are 70+ brands operating in the United States at present. This includes brick-andmortar casinos like Penn National Gaming, which has launched its own branded digital wagering site, Hollywood Races, to create greater engagement with customers when they’re not in attendance at one of the group’s 26 casinos or racinos.

How big is the horse race wagering market?

Despite its modest profile, the online horse race wagering industry continues to carry its weight. According to Pete Laverick, Director of Marketing at BetAmerica, more than $3 billion was wagered online in 2015, and that number has continued to grow. During peak racing season, the best-known races yield significant revenue, with the Kentucky Derby generating nearly $130 million in wagers alone. This year, the market has already seen just over $5.5 billion in offline and online wagers, according to Equibase, 1.24% up on last year’s performance.

The target customer base is also relatively small, however lifetime values for these players are considerably higher than other betting verticals, averaging between $500 and $600 USD.

The interesting point to note is that handicappers have access to watch and wager on local, interstate, and even international races. Similarly to global casino content providers, the horse race wagering industry sources racing content from international suppliers as well. With an increasing demand for international races, suppliers such as Sky Racing World have made considerable headway into the market. Sky Racing World entered the market in 2014 and is the primary and exclusive distributor of Australian, New Zealand and South African racing content to the North American market. Recently the company added Argentinian racing to its stable of international content. To compare to the big races, over the past year more than $250 million was wagered on its international content and the company has seen 10% year-on-year growth in North American wagering.

The evolution of the vertical

Although the general perception is that horse race wagering is on the decline, the growth in ADWs is driven by the clear shift from retail to digital consumption of content. Nearly 40% of handicappers are wagering on mobile, with this trend expected to continue to rise.

The other growth driver of digital is that it allows users to access content 24-7, through local, interstate, and international races. Companies like Sky Racing World are now delivering handicappers with 365 days of international racing per year, including over 8,000 Australian races, 3,500 South African races, 2,400 New Zealand races, as well as 1,800 races from Palermo in Argentina. Compared to Major League Baseball, that is nearly seven times the number of baseball games played in a given season.

According to Sky Racing World’s CEO David Haslett: “Handicappers’ changing lifestyles and entertainment habits, as well as the quality of our product offering, have driven our growth. Racing fans enjoy being able to bet in the evening on Australian races, like that it’s on turf and appreciate the larger field sizes – 11 in Australia compared to seven in the US.” This is highlighted by the 17% year-on-year growth in wagering on international races experienced by the ADWs this past year.

In addition, there is no doubt that DFS has been a driving force in the advancement of the vertical. Brands like BetAmerica have expanded their offering to include a daily fantasy horse racing product, and companies like DerbyWars and Derby Jackpot have evolved the concept of horse race wagering to remain competitive and reach new demographics. How successful have these brands been? According to a recent study by TVG, only a small portion of their users have actually tried daily fantasy products, and 85% of those users admitted they don’t plan to change their wagering habits. Although the likelihood of crossover in users is doubtful based on the study conducted by TVG, these brands are continuing to innovate and target new audiences they may not have otherwise reached.

Digital marketing in the racing world

Like other iGaming verticals in the United States, horse race wagering faces its own marketing limitations. Google has not yet approved the use of AdWords campaigns to drive users to wagering sites. Facebook has proven more flexible and acts as a relatively strong driver for several ADW sites, as both an acquisition and engagement tool.

Given the uniqueness of the vertical, the key strategy for many of the ADWs has actually been content-driven. Whether partnering with affiliate sites, purchasing direct placements on leading horse racing outlets or producing strategic, long-tailkeyword content of their own, ADWs are using grassroots marketing tactics to engage their highly targeted user base.

In the case of companies like Sky Racing World, where a new product offering is involved, the focus has been about educating the market. “A big challenge for us to tackle is educating end users that they can access races, information and form guides 24-7, 365 days a year through their favorite wagering sites,” says Haslett from Sky Racing World. “Expert handicappers are already aware of what’s out there; for traditional betters, or those new to digital, it takes time to become familiar with a product, whether that’s ours or any other.”

What can we learn from this historic sport?

Horse race wagering has faced many of the same hurdles that newer verticals are facing today. From market saturation, globalization of the sport, evolving consumer behaviors and preferences, and increasing entertainment competition, racetracks and ADWs are continuously being challenged to stay ahead.

One major topic amongst the biggest players in horse racing is innovation. Mark Midland, Founder of Horse Racing Labs and the man behind the online fan site Horse Racing Nation, admits that it’s the biggest problem that racing currently faces. “When you don’t have innovation, how do you have growth?”, says Midland.

As we’ve seen with other verticals, making the initial step to digital is imperative, as there are changes in lifestyles, demographics and preferences that cannot be ignored. The brands that have fought to maintain a foothold in the market have turned to providing new product variations, access to international content, and new platforms to support an evolving customer base. Recognizing this, the horse race wagering industry has come a considerable distance, and as it continues to evolve, we can expect it to maintain its position as a key regulated iGaming vertical in the United States gambling market.