Social responsibility is key for operators and attracts reams of attention, says Micky Swindale, who asks whether operators and suppliers' good CSR actions are being drowned out by all the noise. 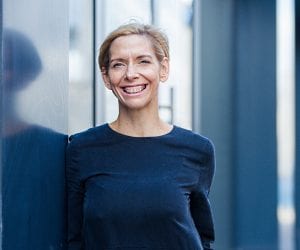 Social reponsibility is a key issue for igaming operators and attracts reams of attention from the press, politicians and campaigners. It was a key topic of discussion during the most recent KPMG igaming summit on the Isle of Man, says Micky Swindale, who asks whether operators and suppliers' good CSR actions are being drowned out by all the noise.

Over seven years of staging gaming summits in the Isle of Man and Gibraltar, I have seen the social responsibility agenda emerge and gradually move centre-stage.

This has been reflected by the establishment of  the Senet Group by key operators in 2014 to promote responsible gambling standards in the UK and ensure the marketing of gambling is socially responsible; and the Responsible Gambling Trust playing an increasingly important role.

Recent headlines might drive the casual onlooker to think that the social responsibility focus of the industry is in response to a massive increase in the incidence of problem gambling.

But if one looks at the data for a mature market like the UK, where we’ve had widespread online gaming for over a decade and in-depth studies throughout that time: the truth is that data doesn’t indicate any higher incidence in problem gambling today than there was 10 or 15 years ago.

Large-scale nationally representative surveys of participation in gambling and the prevalence of problem gambling in Great Britain were carried out in 1999, 2007 and 2010.

The most recent of those, 2010's “British Gambling Prevalence Survey”, conducted by the UK Gambling Commission, found approximately 0.6% of the adult population had problem gambling issues—the same percentage as in 1999.

Since then, the Commission has relied on health surveys carried out in England and Scotland, whose the latest statistics on the UKGC website show prevalence unchanged at 0.6%.

Public and UKGC focus
One might also be excused for concluding that the increasing focus of gaming boards on the social responsibility agenda is being driven by the actions of the UK Gambling Commission.  If we look just at 2016:

There is also an increasing and very public focus on advertising; firstly by the UKGC, whose new licensing conditions and codes of practice (LCCPs) have just come into effect stating that “all advertising of gambling products and services should be undertaken in a socially responsible manner” and by media outlets in the UK, which have made calls over the past month for a complete ban on pre-watershed gambling advertising.

There was a good deal of debate around social responsibility at the KPMG summit: the general consensus was that the speed and volume of the social responsibility changes brought in and the LCCP provisions designed to support them make it very difficult for operators to keep on top of them.

It was felt to be a key driver of consolidation in the higher ranges of the industry, but also the reason why so many of the smaller operators are not really able to compete in a market like the UK.

There was a clear sense that operators were “pro” social responsibility regulation, but were questioning whether it is balanced and commercially viable, with some questioning at what point the industry turns round and says to the public, the Government, the Commission and even to the newspapers, ‘this is excessive, we’re a fundamentally well-run industry and you are lumping us with more and more costs, and more and more social responsibility provision, which is not justified by hard evidence’.

Industry CSR action not recognised
So yes, one could assume social responsibility is simply being imposed upon the gaming sector. However my work with the boards of the gaming operators indicates that, in fact, the predominant driver of their social responsibility agendas is that this is an entertainment industry and no-one wants harm or crime to be a side-product of that entertainment.

As an example, the members of the Senet Group voluntarily committed back in 2014 to a self-imposed TV advertising ban on sign-up offers (free bets and free money) before 9pm; the withdrawal of all advertising of gaming machines from betting shop windows; and the dedication of 20% of shop window advertising to responsible gambling messages.

These are not the actions of an industry that does not wish to protect its customers, and of course the online industry is particularly well placed to offer that protection; online gaming is far more able to identify problem gamblers ahead of time, not through self-identification but thanks to big data and technology.

Operators have the analytic capability to see the trends and red flags that give them greater insights, and they use them. I have seen this commitment for myself through KPMG’s involvement in the scoping study for the establishment of a National Online Self-Exclusion Scheme (NOSES).

The ability of gamblers to exclude themselves from gambling activity for a set period has been shown to be one of the most effective harm minimisation tools available, and in a recent study in New Jersey (1), was shown to be the method chosen by nearly 60% of gamblers seeking responsible gambling support.

But in the UK presently self-exclusion is only available to gamblers at an individual operator level – and relapses are hard to prevent whilst there are a swathe of new operators a gambler can turn to if tempted.

So the industry has come together to set up NOSES to enable online gamblers to self-exclude from all British remote licensed gambling operators via a single interface.

In every other country which runs a national self-exclusion scheme, that scheme has been set up and operated by the national gambling regulator.

This will be the first time that the industry has designed and set up its own scheme – and I believe that UK consumers will reap the benefits of that approach when the scheme launches.

So NOSES is a very good example of the industry driving its own change, and I think we will see more of it.

Micky Swindale joined KPMG Isle of Man in 1997 and recently completed a two-year stint as managing director of KPMG Gibraltar. She was appointed President of the Isle of Man Chamber of Commerce in 2015 and a Director last year. She leads KPMG’s advisory practice across both jurisdictions, and has been the organiser of the KPMG eGaming Summits.