From a Supreme Court-appointed committee recommending the regulation of sports betting to a promising new state skill-gaming bill that includes poker. 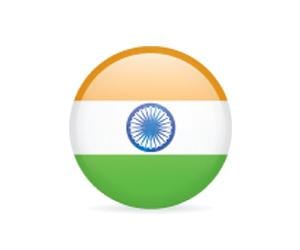 From a Supreme Court-appointed committee recommending the regulation of sports betting to a promising new state skill-gaming bill that includes poker, Gowree Gokhale, Ranjana Adhikari and Aaron Kamath of Nisith Desai Associates round up the key recent legal and legislative developments in India for iGaming Business.

India has certainly been a centrepiece in the business plans of many gaming companies of late, due to a raft of interesting legal and legislative developments in the region.

While the Lodha Committee recommended legalising sports betting in the cricket-crazy Indian subcontinent, the State of Nagaland is looking at regulating skill-based games under a license regime – a different approach to doing so under existing gaming laws in other states. Our article also provides some key updates on sports betting, online poker and skill based gaming.

The Supreme Court of India tasked a three member committee comprising of former judges of the Supreme Court with recommending reforms to the practices and procedures of the Board of Control for Cricket in India (BCCI), among other things (“Lodha Committee Report”).

The Report recommended legalizing sport betting in India, which was a shot in the arm for the proponents and lobbyists in this area.

The Lodha Committee considered the issues of match-fixing in relation to the popular cricket tournament, Indian Premier League (“IPL”). According to the Report, match-fixing undermined the integrity of the sport by attempting to unduly alter the course of a match. Match-fixing constitutes a criminal offence and so is punishable under the law. However, sports betting was a completely different animal, the report concluded; it could be effectively dealt with under a robust legal framework, with its potentially harmful effects to society mitigated by adequate regulation.

The Lodha Committee Report noted that legalising betting in a similar manner to the United Kingdom would benefit the game of cricket as well as the Indian economy in the long term. This recommendation was similar to that of a prior committee, the Justice Mudgal Committee, also constituted by the Supreme Court, who also emphasised that sports betting would needed to be regulated and legalised by the Government of India in order to safeguard the integrity of the game of cricket, curb malpractices, and earn tax revenue for the Government.

The Lodha Committee Report also proposed the introduction of several pertinent provisions for sports betting in India, including:

With regard to ensuring the latter, betting by persons involved in the conduct of the game of cricket, such as administrators, players, match officials, team officials, owners, etc., would be prohibited in order to minimise instances of conflict of interest from arising.

The online poker community in India is closely watching and awaiting the verdict in the case of M/s Gaussian Networks Pvt Ltd. v. Monica Lakhanpal and State of NCT, now before the High Court of Delhi.

To give a background to this case, the District Court in Delhi (“Court”) considered the question of whether games of skill can be offered for money on virtual platforms.

The petitioners had filed a petition under Order 36 of the Code and Civil Procedure Code (“CPC”) seeking the opinion of the Court on the question, amongst others, whether there was any restriction on collecting stakes and making profit from skill games played on websites. The court had opined that when skill-based games are played for money in the virtual space, this renders them illegal, and also that the degree of skill involved in playing these games in physical form could not be equated with those played online. It is important to note that this particular judgment is only binding on the parties to the matter, and that it has already been challenged before the Delhi High Court. This is the only matter currently dealing with the skill versus chance test in the context of the online world.

The hearing on the matter took place on January 21, 2016. During this hearing, one of the arguments put forward by the revisionist was that under every existing statute in relation to gaming, poker qualified as a ‘game of skill.’ They also disputed the order on the grounds that poker remained a game of skill regardless of whether it was played online or offline.

Interestingly, the State of NCT Delhi stated that it would be making arguments before the Delhi High Court. The State had not presented its case earlier, ahead of the District Court of Delhi. The counsel appearing on behalf of the State mentioned that they would be relying on the cases of KR Lakshmanan v. State of Tamil2 Nadu and Senior Electric Inspector v. Laxmi Narayan Chopra3 . It is likely that the State of NCT Delhi will oppose the revision petition, and rely on these cases to bolster the argument that the term “Common Gaming House” as defined in various gaming legislations should be contemporaneously construed to include a virtual gaming portal. The revision petition will be heard again on April 21, 2016.

A Special Committee of the Government of Nagaland is presently considering passage of the Nagaland ‘Prohibition of Gambling and Promotion and Regulation of Online Games of Skill’ Bill, 2015 (“Nagaland Bill”).

This would allow a person to provide portals for games classified as ‘games of skill’, including card games such as chess, poker, bridge and rummy, as well as virtual sports and fantasy sports leagues.

Under the Nagaland Bill, a game would require a preponderance of skill over chance in determining the outcome to be considered as a game of skill. Elements required as evidence of this include:

(i) strategizing the manner in which wagers or bets are placed,

(ii) selection of a team or virtual stocks, or

(iii) determination of the manner in which the moves are made.

To ensure the contemporaneity of the statute, games that have been declared as, or determined to be, games of skill by Indian or international courts or by statute; and games for which domestic and international competitions and tournaments are conducted, would constitute ‘games of skill’ under the Nagaland Bill.

An entity or a person interested in offering games of skill on a website, mobile platform etc., and earning revenue from it would have to initially obtain a licence from the state government. The revenue models contemplated by the Bill include:

(ii) claim of a percentage of winnings or

A licence will be issued only to a person or entity that is incorporated in India. A licensee would also be required to establish a territorial nexus with India; the executive decision-making process and powers would have to be located within India. In addition, the technological support services such as hosting and management of websites, as well as hosting of the servers, would have to be located in India. An interesting aspect is that only persons who do not have an interest in any online or offline gambling activities, in India or any other country, are eligible to receive a licence under the Act.

A Licensee would be forbidden from providing ‘games of skill’ to players from territories where such games are prohibited or were considered to constitute gambling.

A state government which is of the opinion that a licensee was operating there in contravention of the Nagaland Bill or any other laws may bring this to the notice of the Licensing Authority established under the Nagaland Bill. Though the Nagaland Bill has faced stiff opposition from religious groups, it is likely that it will be passed in the near future, as it would give a timely boost to the local economy, bringing in more taxes and businesses.