A much-anticipated plenary debate on the Dutch remote gaming bill may have been delayed again, but this does not reflect a lack of interest from the government, writes Alan Littler from Kalff Katz & Franssen, who updates iGB on the key recent developments. 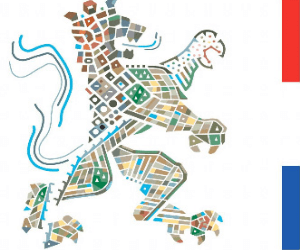 In our contribution to iGB earlier this year (issue 96), the situation we described was that while the industry was holding its collective breath in anticipation of “real movement” on the Wetsvoorstel kansspelen op afstand (remote gaming bill), there appeared to be a “desire to legislate rather than procrastinate”. We also noted that it was expected that the plenary debate on the bill in the House of Representatives would take place sometime between February and April.

At the time of writing, in early May, this much-awaited debate has yet to take place. Such delays are not so much a reflection of a lack of interest in the bill from the government’s side, but of the fact that other matters have been deemed more worthy of parliament’s time. Currently, the debate is scheduled for the week commencing 16 May and yet already the word on the street suggests that it could slip into June. Will it take place before 2016’s iGaming Super Show? Time will tell as to whether there are interesting developments to report on in Amsterdam.

Moreover, it’s important to emphasise that these delays should not be read as a lack of parliamentary interest in the bill. April 2016 saw the introduction of three amendments to revise several aspects of the bill, indicating some of the areas which could prove contentious once the debate gets underway. Our previous contribution referred to an amendment to increase the rate of gaming taxation for remote gaming from 20% GGR (as originally proposed) to 29%, thereby introducing a uniform tax rate for land-based and remote gaming (on paper at least). An accompanying amendment proposed that within three years the regime should be reviewed with an eye to reducing the single rate by up to 4%. In the intervening time, considerable critique has been levied against this proposal, not least for it endangering one of the central objectives of the bill; channelling 80% of the market to operators licensed by the Kansspelautoriteit (Gaming Authority) in The Hague so as to implement national preferences for protecting consumers.

In terms of these subsequent amendments, the ChristenUnie has proposed that programmes on an open television channel cannot provide the opportunity to participate in games of chance, expanding upon a 2013 amendment calling for the prohibition of gambling programmes. This latest amendment stands in stark contrast to the position of the government.

A second amendment from the D66 party seeks to reduce the enforcement measures that the bill seeks to provide the Gaming Authority in terms of tackling illegal remote gaming. Should the amendment be successful, then the Gaming Authority will not be able to require an internet service provider to block access to a particular remote gaming website. This move stems from a broader concern not to undermine the functioning of, and trust in, the internet.

A key component to the bill is the central exclusion database reaching across not only remote gaming but also the casino (i.e. Holland Casino) and slot machine arcade sectors. The bill foresees the possibility of involuntary self-exclusion should a player who is showing signs of at-risk behaviour not follow a licensee’s advice to voluntarily self-exclude. In such instances the Gaming Authority would have the final say. The third amendment, proposed by the VVD, seeks to restrict the scope of such involuntary exclusion so that it only applies to the casino sector. One of the motivating reasons given is that in the remote world, players who have been excluded against their will will readily step over to illegal offers.

Of key importance is the timing of the market opening. Once the bill has made its way through the House of Representatives, it will then run the gauntlet of the Senate. General elections are due in March 2017 and it is of paramount importance that the bill passes through both houses before then. Nevertheless, finer regulatory requirements and details will only become apparent upon the publication of draft secondary legislation for consultation, which is anticipated to happen in the months following the debate in the House of Representatives.

Two thousand and seventeen has been widely touted as the year when which licensing will start. Recently the Gaming Authority noted that it expects that the licensing process will commence in July 2017. Whether, and if so how optimistic this proves to be, depends on the course of events in the coming months. Indications point towards a licence application process of four to six months. Combining this with the Authority’s reference to July, we could well see the first operations going live in Q4 2017.