With the Brexit vote adding momentum to the impetus for M&A in the industry, David Schollenberger of law firm Healys runs through the due diligence process for igaming companies. 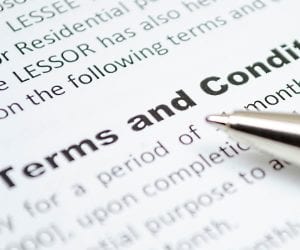 With the run-up to and eventual Brexit adding momentum to the impetus for M&A in the industry, David Schollenberger, head of gaming at law firm Healys, runs through the key considerations of the due diligence process for igaming companies.

The past couple years of have shown a substantial increase in M&A activity for igaming companies. The impetus has arisen from a number of factors.

Economies of scale favour consolidation. Ever increasing costs of compliance arising from point-of-consumption regulation, along with costs of employees and infrastructure, puts a heavy burden on smaller companies.

Point-of-consumption taxation has reduced the appeal and benefit of more favourable tax jurisdictions such as Isle of Man and Alderney.

Giant igaming and betting companies arising from mega-mergers have massive marketing and advertising budgets that can cripple the competition with their smaller igaming counterparts.

The general maturation and standardisation of the industry with similar software and business models have further led to industry consolidation. Most recently, the run up to Brexit and the UK's subsequent vote to leave the European Union, has created increased economic uncertainty for the industry.

What will be revealed in due diligence is an important consideration for a company wishing to be purchased, to ensure it is marketable and achieves the maximum price. Similarly, an acquiring company will need to know exactly what it is buying, the target company’s present and future value and the extent of its liabilities.

While a comprehensive review of all the issues of due diligence such as  financial, tax, corporate, commercial, property and employment due diligence common to all M&A is beyond the scope of this article, some more important areas specific to igaming companies will be highlighted here.

Regulatory compliance
It will come as no surprise to anyone connected with the industry that gambling is one of the most regulated activities in the world. Gambling is regulated on a country by country basis, and in some countries, such as the US and Australia, on a state by state basis.

Penalties for violation of gambling law can be severe, with criminal fines and custodial sentences imposed on executives of those involved in violation of the laws. The due diligence process should study where the company currently operates and is accessible, and where it has licenses, if any.

The due diligence report should set out a summary of the applicable law and regulations in the countries where the company operates and whether the company is likely in compliance.

A review should be made of its online terms and conditions of business, whether they are compliant with the laws in which it operates and whether it excludes use in countries where it is prohibited by law and/or uses blocking mechanisms to prevent use of the service where unlawful.

If the company has been operating in blacklisted or exclusively in grey markets, red flags should arise. At some point, many jurisdictions that are currently black or grey will be regulated.

“Bad actor” provisions may preclude an operator that previously operated in black or grey markets from obtaining a licence or diminish the regulator’s view of that operator’s suitability to hold a licence.

Where the target company holds remote gambling licences in various jurisdictions, the licences and their conditions should be reviewed to ensure the licence is appropriate to the activity being conducted and the licensee’s activities are compliant with the licence terms and conditions.

A review should be made of the compliance history with the respective regulators, including any infringement notices, fines, penalties imposed by regulatory authorities or other correspondence sent by regulators to the company.

If the target company uses marketing affiliates, due diligence should carefully review the affiliate contracts and ensure there are sufficient controls to ensure their compliance, since under its licence conditions (LCCP in the UK), the operator can in some circumstances be held responsible by regulators for the acts of its affiliates.

If the underlying gambling or other software being used is supposed to be proprietary, it is important to ascertain that there are no present or future copyright claims exposing the company in relation to its ownership or use.

Evidence of title, such as the agreement between a software developer and the company transferring title, should be requested from the company.

Any disputes with software suppliers or providers or software maintenance and support should be examined and evaluated.

Due diligence should review the company’s brands, logos and trade mark registrations. A search should be done on its registrations or lack of registrations, particularly in the countries where it currently operates or desires to operate.

If the company’s brands are not registered as trade marks in the countries it operates, it risks losing them to other parties and correspondingly the brand and company has less value.

Oppositions, infringements and disputes regarding the brands and trade marks should be evaluated globally and assessed for risk and cost of defending or prosecuting.

Technical due diligence
A suitably qualified specialist service provider company familiar with gaming software and gaming company IT systems should be engaged do a thorough review of the target company’s software, hardware, hosting, backup and IT systems and their configuration.

If these areas are deficient, the company has less value and a large capital expense for additional programming, repairing or replacing the systems may be required.

The examining technical expert should also report on whether that the software complies with technical specifications required by law and that where required, the supplier of the software holds a gambling software operating licence.

Conclusion
Proper due diligence prior to purchasing an igaming company is essential. A sensible and fully informed decision to purchase a company can only be made if all the rewards, risks and liabilities are understood before proceeding with taking them over.

Of particular importance in the due diligence is understanding the regulatory environment of the target company and its level of compliance. This review should be undertaken by persons with specialised legal knowledge of global gaming regulation.

Intellectual property rights and brand protection of an igaming company are also key to its success.

A company that has not protected its brands through registered trademarks in the jurisdictions its does business or has contested trade marks globally has significantly less value. An IP rights practitioner should be engaged for this task.

Finally, technical due diligence of the target company’s software and IT systems is also key to understanding the value of the company and identifying areas of deficiencies. Suitably qualified experts should be used for this audit and not doing it thoroughly and properly avoids risks and costs that could have been avoided.

David is qualified lawyer in UK/US/Australian law and heads the gaming team at Healys.