New Jersey regulator's cooperation with KGC to crack down on unauthorised sites will bring about significant change in the US industry, says Rachel Hirsch. 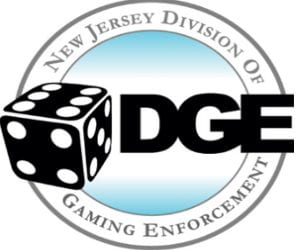 The New Jersey Division of Gaming Enforcement's (DGE) cooperation with the Kahnawake Gaming Commission (KGC) to crack down on unauthorised sites will bring about significant change in the US industry, says Rachel Hirsch.

This September, the DGE announced it had reached an agreement with the KGC aimed at curbing access of illegal offshore online gambling sites to New Jersey and the United States.

The agreement was set in motion after the DGE discovered that one of its licensees, Continent 8, was hosting unlicensed gambling sites through its data center on the Mohawk Territory of Kahnawake, Canada.

Continent 8 has now agreed that it will prohibit any online gambling sites operating through the data center from taking wagers from customers in New Jersey and the United States.

While prior enforcement efforts aimed at keeping illegal offshore online gambling sites from accessing players in New Jersey were primarily focused on blocking these unauthorised sites within the state, this most recent agreement signals a more significant effort by the DGE to crack down on illegal online gambling sites at large – even outside of its own borders – and thus cement its role as a regulatory leader in online gaming.

The KGC
Kahnawke is the home of the KGC, which licenses many online gaming sites. Continent 8, while not technically a part of the KGC, operates in close affiliation with the KGC. Many, if not all, of the sites operating through Continent 8’s data center are licensed by the KGC.

Further, the vast majority, if not all, sites operated through Continent 8 also carry the official seal of the KGC regulatory authority. Kahnawake established itself as a licensing jurisdiction as far back as 1999, historically hosting many large US-facing online gambling sites.

These sites ranged from Bovada to InterCasino. In the past, KGC has not shied away from regulating casinos, sportsbooks and poker rooms that catered to grey and black markets alike.

The KGC was established by the Mohawk Council of Kahnawake within sovereign Mohawk tribal territory, just south of Montreal. The Mohawks believe it is their aboriginal right to offer online gaming.

Although Canada’s federal government has long questioned the Kahnwake operation, and the legality of its operations, thus far, it has not been challenged formally in any action against the tribal nation in or outside of Canada.

Continent 8 was issued a transactional waiver by the DGE in 2014 to allow it to operate in New Jersey’s regulated intrastate online gambling market. At the time of its investigation, the New York Times contacted both Continent 8 and the DGE for comment.

According to the newspaper, a spokesperson for Continent 8 said that all of the company’s gambling clients must be licensed and that Continent 8 had no authority over their content.

When told that Content 8 was hosting sites like Bovada at its Mohawk data center, a DGE spokesperson called Bovada an illegal website and said: “Continent 8 has an obligation to conduct due diligence with respect to its customers.”

The spokesperson further stated that, if the company knowingly did business with an illegal gambling operator, the DGE “would commence regulatory proceedings”.

Fast forward to September 2016. After reportedly protracted discussions between the two regulators, the DGE and KGC struck a deal that ensures no websites operating under a KGC licence will be available to US players in states where these companies are not authorised or licensed to operate.

This new policy took effect on September 30, 2016. From the press release issued by the DGE, it is clear that the agreement was prompted by the DGE’s discovery that Continent 8 provided services to certain illegal internet gaming websites through its data center.

According to the DGE press release: “As a result, sites such as Bovada, a leading provider of illegal online sports wagering and other online gaming content, will no longer be operating out of the data center located in Kahnawke.”

In addition to the “unique jurisdictional issues” the DGE was able to overcome in reaching this agreement with the KGC, the DGE was also able to get Continent 8 to extend the ban to the entire US, not just New Jersey.

NJ’s past efforts to block illegal, offshore sites
The DGE’s prior efforts to curb illegal gambling sites were historically focused on those operating within its borders.

The first came in April 2014, when the New Jersey Attorney General’s Office issued a warning to affiliates which continued to promote both New Jersey-licensed online gambling sites and internationally licensed sites, stating that such affiliates would face “appropriate civil or criminal sanctions” unless they ceased promoting unlicensed, offshore gambling sites.

The letter to RaketheRake.com, for example, cited Bovada Poker, Merge Gaming, Black Chip Poker and America’s Cardroom as sites which were being promoted by the affiliate.

According to the DGE, the advertising of these unregulated sites tainted legitimate ones by lending an appearance of an association or affiliation between them where one did not otherwise exist.

At the time, New Jersey’s motivation in issuing the cease-and-desist letters was to help bolster its struggling igaming market, which had suffered a decline in revenue due in part to the unregulated sites that diverted traffic from legitimate operators.

The DGE followed this regulatory effort in June 2015, when it issued an Advisory Bulletin clarifying its stance on affiliates which had marketed unlicensed gaming sites to New Jersey residents.

The Advisory Bulletin set a 150-day clock for affiliate marketers which, at the time, were working with New Jersey-licensed operators, or who wished to do so in the future, to comply with all applicable state and federal gambling regulations.

For affiliates which complied with the requirements in the Advisory Bulletin – namely, ceasing all promotion of illegal online gaming sites accepting wagers from US players and submitting a notarised certification attesting to that fact – the DGE maintained that it would not take any enforcement action against the affiliate or its principal owners or consider the affiliate’s past conduct in future suitability determinations.

The 150-day grace period to comply represented a more moderate and forgiving approach to enforcement, with the hope that its “let bygones be bygones” approach to affiliates which marketed illegal gambling sites in the US post-UIGEA would attract more affiliate marketers to the state.

The DGE-KGC agreement
The DGE’s recent agreement with the KGC is yet another effort by the New Jersey regulator to force removal of unlicensed, offshore gambling sites that continue to saturate the online market.

What’s most interesting about the DGE’s latest effort is that the DGE reached through one of its licensees – in this case Continent 8 – to achieve its mission of permanently blocking these sites' access to US players.

Thus, instead of directing threats to the actual perpetrators of the misconduct, as it has done in the past, the DGE utilised its own licensee to act as a choke point for these illegal gaming sites.

True to its word to the New York Times, the DGE is now holding its licensee accountable for conducting due diligence with respect to its customers.

The KGC gave all its licensees until Friday, September 30, to cease taking any further bets within the United States unless authorised and licensed to do so in the states.

The DGE-KGC agreement is a prime example of how regulation works and why it is good for the industry.

When two regulatory authorities can work together in a cross-border agreement – overcoming difficult jurisdictional concerns – there is hope that regulators within the United States can similarly join forces to create a cohesive regulatory scheme as more states come online, rather than subject online gaming companies to a patchwork of licensing and regulatory requirements.

And, given its latest round of efforts, it would not be surprising to find the New Jersey DGE at the top of the leaderboard of regulators when that time comes.

Rachel Hirsch is an attorney at the Washington, DC-based law firm Ifrah Law. She specialises in igaming and internet marketing and advertising.