While the ASA requires advertising material not to “be likely to be of particular appeal to children or young persons”, recent adjudications and a failure to provide specific guidance on the issue has brought confusion and concern to the market, argues Stephen Ketteley of Wiggin LLP. 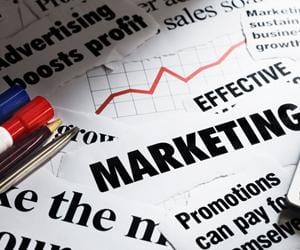 It is well understood by the gambling industry that it must make every effort to ensure its advertising cannot be construed as being alluring to children. The “protection of minors” is one of the stated licensing objectives in section 1 of the Gambling Act 2005 and this is mirrored in advertising regulations as laid out in the CAP and BCAP Codes (“the Codes”). Amongst man  other things, the Codes require gambling operators to ensure that all of their advertising materials are designed in such a way so as not to “be likely to be of particular appeal to children or young persons, especially by reflecting or being associated with youth culture”.

But what does “of particular appeal” actually mean? And how is the interpretation of it posing a threat to the legitimate operation of the industry?

The Codes, by design, are phrased somewhat vaguely, to facilitate a broad brush framework to assist in the implementation of the policies of the regulators. However, this can create difficulties of interpretation by the industry at a time when so many operators are making a real effort to advertise on the right side of the regulatory line whilst seeking to promote their games in a legitimate way to an adult audience.

Recent adjudications by the Advertising Standards Authority (the “ASA”, the advertising watchdog) have brought confusion and uncertainty into the market rather than consistency and clarity. Attempts by the industry and their advisers to seek specific guidance from the ASA regarding what “of particular appeal to children” actually means have fallen on deaf ears. While the ASA has taken steps to publish guidance about another thorny issue – the marketing of bonuses and incentives – it has not yet done so with respect to what actually appeals to children.

Whilst there is no objective test as to how to judge whether anything is of particular appeal to children, it is clearly important to consider the characteristic of images and
the context in which they are used. Images should not be crafted in a childish way. Past rulings of the ASA support and confirm this view. For instance, in May 2015 regarding Foxy Bingo, it ruled that a fantastical fox character did not breach the Code. In this ad, an actor dressed as a fox wearing a suit and carrying a purple umbrella. It featured a fairground and a dance routine and the fox said: “Come on, let’s get foxy”. Cashcade argued that for the Foxy Bingo brand, the fox character had always been aligned with adult, celebrity mainstream culture and that anthropomorphic characters are often found in adult entertainment. The Council found that whilst aspects of the fox’s style (for instance his purple coat and dandy walk) resembled the children’s character Mr Tod from the Beatrix Potter stories, his interaction with adults and general style meant that children would not make a direct connection.

The SpinGenie ruling from 27 May 2015 provided further helpful guidance. It held that an advert featuring cartoon images of a dog called ‘Spin’ and game titles which
referred to classic children’s fairy tales (including Jack and the Beanstalk) breached the Code. Whilst the company claimed the Spin character was deliberately drafted to avoid Disney-style imagery, the ASA held that both the cartoon image and the game titles were particularly familiar and attractive to children. Importantly, the ASA
“considered that the combination of the language, music, sound effects, and imageryused was likely to mean that the ad would appeal particularly to under-18s”. One should be able to argue therefore, that, it might take a combination of various features in an ad, when coupled with a character to potentially cause a problem.

Did this build on the reasoning in Foxy or was it a step backwards? On one reading, this may mean that the use of animation and/or characters in advertising will fall the wrong side of the line if such characters are visible in children’s culture at all. This doesn’t leave much. It may catch any superhero, any character from a film rated
anything other than 18, any character from a pre-watershed TV show (and possibly any character on TV at all), any sportsperson (kids love sports!). Where does it end? The key word in the Code is “particular” in the context of particular appeal. Does it follow that something of universal appeal is particularly appealing to children?

The important take away from the Booty Pirates adjudication was the suggestion of an emerging policy that would render the use of characters and animation by the
gambling industry, in certain circumstances, to be of particular appeal to children by definition. One is left wondering if the adjudication necessarily prohibits the use of
animated characters entirely. Probably not. There may be enough in the adjudication and others before it to suggest it is more the presentation of a character the ASA takes issue with rather than the character in itself, unless it is clearly a children’s character and only a children’s character.

The industry could have dodged a bullet here because, of course, many games do involve some form of animation and indeed a number of the industry’s most successful games involve animated characters of one kind or another. Whilst pirates appear in certain forms of children’s entertainment, it is well known that pirates and treasure have been associated with gambling for years.

This leads to an interesting debate as to at what point something becomes “of particular” appeal to children. While Captain Pugwash is of particular appeal to children, it doesn’t necessarily follow that Long John Silver would also be. It becomes important for the industry to look at their advertising campaigns in a holistic way but also for game developers to be cautious around how they present games as the advertising literature seeking to promote such games, will, by its nature, need to show
diagrammatic representations of characters that are on show when reels of the slot machines roll.

One cannot be blind to the issues that arise where the gambling industry and its use of characters collide in such a way that a child’s head may be turned when the bus with the advert blazoned down the side drives by. Yet, the context must always be considered. There will always be characters that are purely associated with
childhood, but, as Hollywood has continued to demonstrate in movies, what could have been perceived as being a children’s character can be represented in an entirely
different way and dressed up in a dark, sinister characterisation that is anything but of appeal to a child.

This is an area of potential policy development for the advertising regulators as they continue to face a relatively small number of complaints (but complaints
nevertheless) against the gambling industry’s advertising strategies but also are reminded of the need to allow a legitimate industry to advertise itself in accordance with the law of the land and also to continue to promote its products as it has done for many, many years. One only needs to look at the amount of games in traditional casinos that lend themselves to a pirate theme (Treasure Island!) to see that the collaboration of a gambling product and a pirate theme does not necessarily render the product of particular appeal to children.

However, at the time when the industry remains in the spotlight, it must take responsibility and take heed of these adjudications and take steps to try and understand where policy may be headed. At the same time, the advertising regulators need to engage with an industry that is left clutching at straws when trying to understand whether adjudications that are being laid down by the gambling regulator could potentially have a material affect on the entire development of the industry going forward.

It’s time for some answers in this particular conundrum and it is now up to the ASA to publish some guidance to the industry and help move this issue forward.