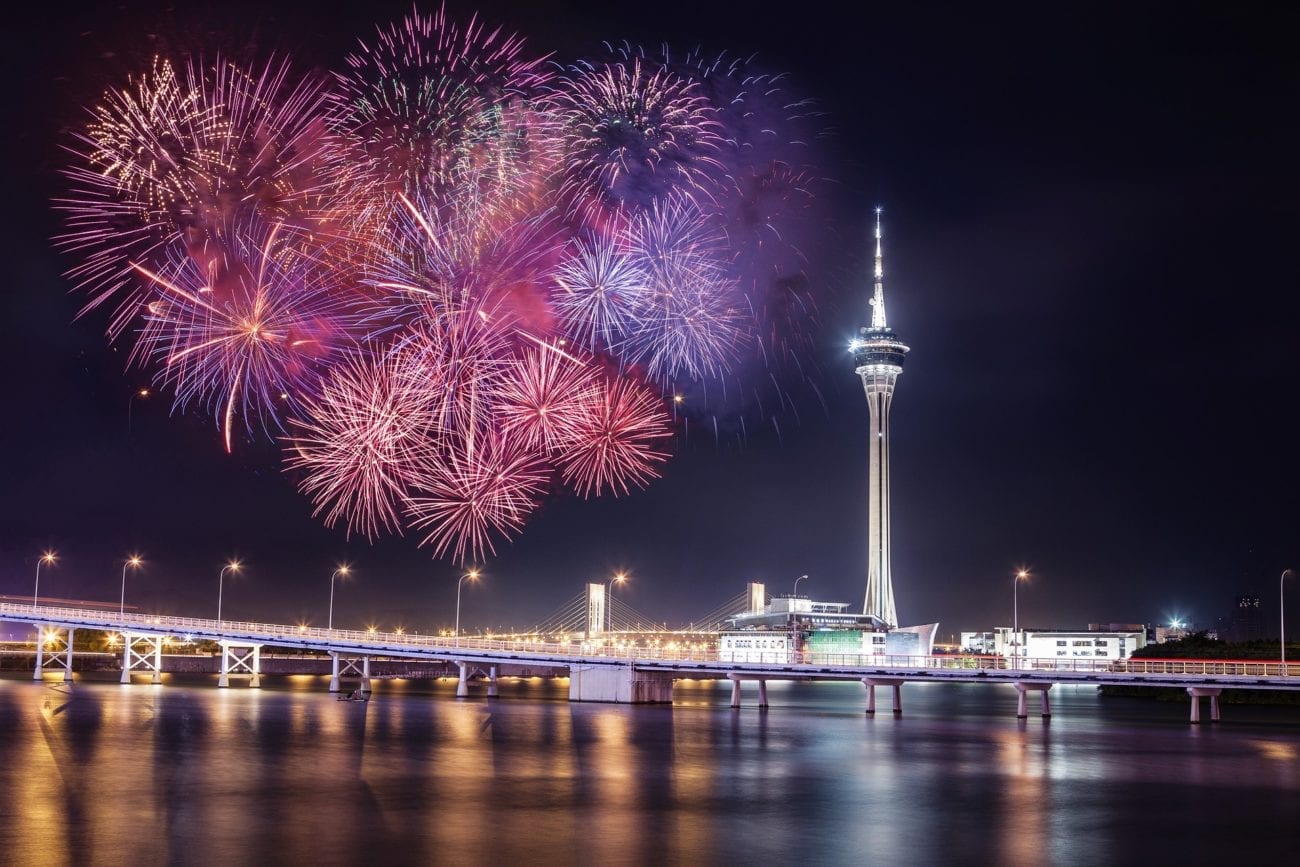 Since taking office nearly a decade ago, China’s President Xi Jinping has tried to rein in gambling. Since mid-2019, new restrictions and threats have targeted overseas casino destinations, money transfers, online gambling, junket promoters and conspicuous consumption, the lifeblood of today’s integrated resort. As Covid recedes and international travel resumes, the regional impact of China’s restrictions will become more evident, according to more than a dozen industry executives, analysts and observers.

Due to Covid, for now only the Macau tip of the iceberg is visible in its sluggish recovery since reopening to mainland visitors a year ago and, this month, in proposals to increase regulation under new casino concessions.

Despite Macau’s issues, experts largely agree Beijing prefers that its citizens who gamble do so in Macau where they can be closely monitored. “Over the longer term, we believe that the crackdowns on overseas casino operators and online gambling remain neutral, if not positive for Macau’s mass business,” Sanford Bernstein senior analyst Vitaly Umansky and colleagues write in a 3 August note.

Beyond Macau, China’s restrictions will have uneven impact. Along with reasonably good Beijing ties – a longstanding requirement – casino destinations seeking to prosper will need domestic players and reasons beyond gaming for Chinese travelers to visit and bring money. “I think we will see a situation where it is nearly impossible for the average traveler to get into border destinations like Myanmar or Cambodia unless they can prove real business activity or a clear tourism itinerary,” China Market Research Group managing director Ben Cavender says.

“The Chinese government cannot stop individual Chinese citizens from traveling to a destination,” China Outbound Tourism Research Institute CEO Wolfgang Georg Arlt says. “It can only influence tour operators not to offer trips to certain destinations as it’s done in the past for non-gambling reasons with South Korea, Taiwan and other destinations.”

“It’s hard to speculate until the recovery gets under way. But it might be easy to assume that whomever doesn’t work constructively with Beijing with be targeted for special attention,” Anthony Lawrance, managing director of risk consultancy Greater Bay Insight, says. “In the longer term, Singapore might find itself in a tough spot if it decides to get off the fence and align more closely with US efforts to contain China’s rise.”

Along with Asia’s second highest pre-Covid casino revenue, Singapore had the most diversified gaming market base, according to a knowledgeable gaming executive who requested anonymity. Mainland China’s market share of Singapore’s casino revenue was less than 25%, followed by Indonesia, Malaysia and Thailand in double-digits, Vietnam and Japan. “The list for Singapore is long, 20 or 30 countries, eight or nine of them more than a five percent share,” the executive says. As a regional business hub and a popular travel destination, Singapore offers ample non-gambling reasons justification for Chinese visitors.

The Philippines’ domestic gaming market strength comes from longstanding economic growth and welcoming local players from its origin in 1977. What’s changed is the foreign visitor mix.

“Prior to the current government’s warm stance towards the Chinese government, the tourist mix was more diverse – Koreans, Japanese, ASEAN, Americans, Europeans and a relatively small pool of Chinese travelers,” a seasoned Philippine gaming executive, name withheld by request, says.

In 2015, the year before President Rodrigo Duterte took office, half a million mainland Chinese visited the Philippines, 11.6% of arrivals, trailing South Korea and the US and just nosing ahead of Japan. By 2019, China arrivals had more than tripled to 1.7 million, 21.1% of total visitors, in second place, just behind South Korea.

That change “drastically tipped the balance of dependency from a diverse mix of international tourists toward Chinese tourists,” the executive says. “I think we can manage quite well to regain diversity, provided that we get our act together: promoting heavily again in many international markets, fixing our image overseas as a safe destination, leveraging on our Western orientation in terms of culture and language.” Duterte’s presidency ends next June 30th, and for North Asia, the Philippines remains the closest, cheapest tropical destination.

Morgan Stanley estimates 70% of Cambodia’s GGR originates from international travelers. But beyond Sihanoukville, most of Cambodia’s casinos inhabit border enclaves serving customers from neighboring Thailand and Vietnam. NagaWorld, the country’s sole integrated resort, gets much of its business from Chinese residents in Phnom Penh (see accompanying article) amid deepening Sino-Cambodian economic and political ties.

South Korea understands the confluence of politics and gaming all too well. In 2017, Chinese arrivals were nearly cut in half to 4.2 million from 8.1 million in 2016 after Seoul deployed a US missile defense system over Beijing’s objections. China banned group tours to the country. All but one of South Korea’s 18 casinos requires a foreign passport for admission, and the industry had recently shifted its focus from Japanese to Chinese players, so the ban hit hard. New measures to curb Chinese gamblers’ visits promise further pain.

“China’s actions do not impact our business plan or investment plan for Inspire,” Mohegan Gaming & Entertainment international president Bobby Soper says. The Native American group is developing US$5bn Inspire IR adjacent to Incheon International Airport, scheduled to open its first phase in 2023 as a bookend to Paradise City, a US$1.4bn joint venture of Korean operator Paradise and Japan’s Sega Sammy launched in 2017. “Our model as it relates to gaming is not built on a junket dependent profile, but rather on the back of more mass and premium mass business.”

Soper, who was Mohegan CEO when it won the Incheon license in 2016, then stepped down in 2017 and returned to the company in March, notes 28 million people residing within a 90 minute drive of Inspire represent a rich target even they can’t gamble.

Mohegan unsuccessfully sought one of three IR licenses available in Japan, and opinion is divided on the consequences of China’s actions there. EuroPacificAsia Consulting managing director Shaun McCamley sees the Japan impact of China’s restrictions as “none. [Chinese players] were never really front and center in the revenue projections, and commission play will not be permitted through junkets.”

On the other hand, “Should the Japanese IR process proceed, fewer Chinese gambling patrons combined with overly onerous Japanese restrictions will reduce the rate of return on investment, resulting in less grand developments by IR licensees,” The Agenda Group director of regulatory affairs Peter Cohen says.

“For Australia, I think the impact of Covid-19, along with contemporaneous trade tensions with China, has made all sectors of industry realize that there has been an over reliance on China over the last decade or so,” Melbourne based Cohen says. “As a result, all sectors seem to be reevaluating their relationship with China, whether this is for supply chain issues or potential Chinese visitors.”

Cohen, previously the top gaming regulator in Victoria, believes, “Junket promoters might be facing more difficulties in the markets to which they bring their clients than any difficulties they are facing in China. Recent media stories and subsequent inquiries into Crown in Australia have shone a light on junkets and, in effect, killed the business in Australia. Becoming casino operators is one way junket operators can transition into a sustainable business model.”

Moving into operations may not prove a winning play for junkets. “China is focused on the players just as much as the agents who recruit them,” McCamley says.

“It is a trend that we have seen elsewhere – junkets and others have attempted to legitimize themselves by becoming casino operators. That was the historical trend in Las Vegas,” Spectrum Gaming managing director Fred Gushin, a former New Jersey gaming regulator, says. “The practice of bringing junket patrons overseas from China will be the issue that both the junkets, now casino operators, and the Chinese government will have to address.”

NagaWorld finds China balance
Few gaming properties have been as successful as NagaWorld, the integrated resort in Phnom Penh, but many misunderstand the reasons behind its success. Hong Kong traded parent NagaCorp has skillfully cultivated the fertile ground of China’s warm bilateral ties with Cambodia in cooperation with its host government and Chinese state-owned enterprises.

An estimated 100,000 Chinese reside in Phnom Penh, providing a local player base in a country that prohibits its citizens from casino gambling. That expat presence led to a robust recovery in the second half of last year following a Covid shutdown, with NagaWorld’s mass market gaming revenue reaching 95% of pre-Covid levels and VIP at 69%.

Naga has cultivated its own links, working closely with state-owned China International Travel Services and Cambodia’s Ministry of Tourism to promote tours from second tier Chinese cities to Phnom Penh and Siem Reap, site of Angkor Wat. CITS subsidiary China Duty Free is the primary tenant at NagaCity Walk, the retail mall linking NagaWorld and Naga 2, and China Duty Free will have a similar role in the Naga3 expansion scheduled to open in 2025.

Unlike most Cambodia casinos, Naga never engaged in online gaming, a red flag for Beijing. “Since the inception of NagaWorld operations, we have been focusing and prioritizing the development of the mass and premium mass market,” McNally, a former FBI agent, says.

Nevertheless, VIP revenue accounted for 72% of NagaWorld GGR in 2019, down from 75% in 2018. Those figures followed the debut of Naga2 in late 2017, a Paul Steelman designed extension that elevated NagaWorld into the first tier of Asia’s IRs, with 1,700 guest rooms, 600 gaming tables and 5,000 machines.

The key number, though, may be 17%. That’s the amount of VIP revenue Naga says it derived from Macau-based junkets that mainly draw players from China.

For junkets catering to Southeast Asia’s 650 million people, NagaWorld is the region’s leading option. Singapore excludes virtually all junkets and the Philippine market centers on North Asia and greater China.

“Naga is uniquely positioned for a continued strong recovery with a deep local market and a large barrier to entry with its exclusivity in Phnom Penh [to 2045], coupled with a robust long-term growth profile supported by continued organic economic growth in Cambodia and the planned Naga3 development,” Union Gaming analyst John DeCree wrote in March.

Not everyone is convinced. Morgan Stanley’s Praveen Choudhary downgraded Naga shares in July, noting an estimated 40% of 2019 EBITDA was derived from Chinese tourists that may not return, ongoing capital expenditures including US$3.5bn Naga3 and a Vladivostok resort now delayed to late 2024, plus additional debt due to a casino shutdown from March 2 through September 14. However, since it began casino operations in 1995 on a barge docked on a Mekong River tributary, few have won by betting against Naga – Muhammad Cohen