NetEnt endured a difficult 2018, but chief executive Therese Hillman believes that a content-first approach can ensure the supplier will achieve its goals for 2019. 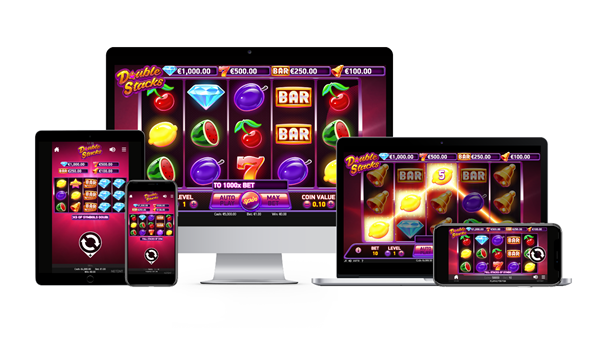 NetEnt endured a difficult 2018, but chief executive Therese Hillman believes that a content-first approach can ensure the supplier will achieve its goals for 2019.

NetEnt’s 2018 took in a profit warning, a change in chief executive, yet more struggles in the live dealer vertical and saw revenue and profit growth slow for the supplier. However the company’s new CEO Therese Hillman believes that this year of pain leaves the business better-placed for the year ahead.

“I would say that 2018 was the year when we looked in the mirror and realised that we have to change to get to where we want to be,” she says. “Our goal is always to outperform the market, which we have been doing in some territories, but not in others.”

“If you look at what we are doing from an operational point of view, [it shows] we have a good understanding of the present state of the business, and a plan in place to grow from there,” she adds.

A key component of the plan to revitalise NetEnt is to ramp up its content release schedule.

In 2018 there was a focus on reducing overhead costs, culminating the supplier announcing that it would cut up to 55 jobs, predominantly in corporate support functions, at its Stockholm headquarters. This, Hillman notes, will free up resources to be reinvested in game development.

In some ways, NetEnt could be seen as a victim of its own success. Titles such as Starburst, launched in 2012, and Gonzo’s Quest, released in 2011, have remained among the best-performing slots in the industry. Gonzo even has its own Wikipedia page.

However Hillman argues that it’s less a case of new releases failing to match the popularity of Starburst or Gonzo, but more a case of the market moving on.

“I think if we could come up with a new Starburst or Gonzo’s quest we would be very happy – and very lucky – but the market has changed,” she says. “We might be lucky, with a title that repeats Starburst’s success, but it’s much more challenging today.”

This, she says, is down to the fact that the slot space highly competitive, with hundreds of studios now jostling for space. A new launch simply doesn’t have the time and space to replicate the performance of classic titles.
Instead, the focus is on making sure new launches perform better than previous releases, and significantly expanding the range produced.

“This has been happening,” Hillman says. “We have had quite a few successes at the end of the year.

“[The blockbuster slot titles] will still exist and be part of the overall market, but it’s all about the total portfolio and the new launches,” she explains. “The more games, the more the revenue will increase, and that’s how I see it.”

After all, this is common sense. If a company’s strategy is based around creating the next big hit, it’s the wrong strategy, she says. Quantity is almost as important as quality in today’s slot supplier market.

This is an abridged version of the feature Talking Tough, which was published earlier this week for iGamingBusiness.com subscribers.