The founders of the All-In Diversity Project discussed how improvement in diversity and inclusion is necessary if the industry is to appeal to Generation Z as customers and employees. 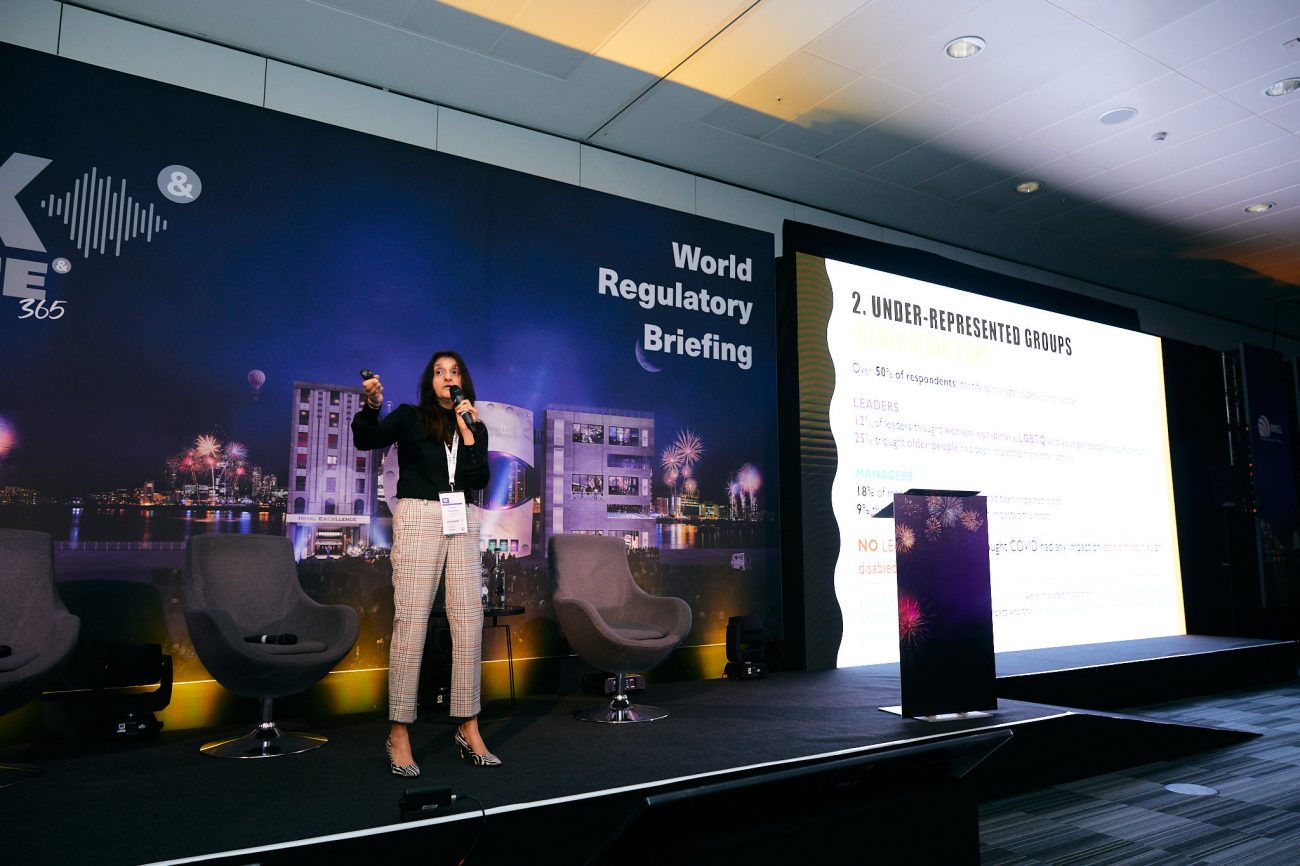 Speaking at Ice London as part of the ESG and D&I day, Tina Thakor-Rankin, co-founder of the All-In-Diversity Project presented a stark look at how the gaming industry is failing to meet the new culture emanating from Generation Z.

“The trends we’ve been monitoring the last few years show a transition from millennials to Generation Z. This is a generation which is driven by values – their choices as consumers, as employees, as investors will be driven by values. 93% of Generation Z says that a company’s impact on society affects their decision on whether they will work for that company.”

Thakor-Rankin said the project conducted a Covid impact survey, which found that many young employees felt that businesses were not doing enough to support people of colour or the LGBTQ community.

“What was interesting is that nearly all leaders and managers failed to mention those with disabilities or ethnic minorities as those who had been impacted [by Covid] whereas Generation Z thought the biggest impact was on non binary, LGBTQ ethnic minorities and the disabled.”

“If you cannot see these people, how can you even start to think about engaging them?”

In addition, she noted that for young staff, a workplace built around equality is as important as a flexible work environment.

“Generation Z want flexibility and they want to work from home. They want career progression. But, equally important is  employer ethics, diversity and inclusion in the workplace, and social impact. Those are your new workers. We are on the cusp of Web 3.0, Metaverse, Blended Reality. Your products are going to have to embrace all of that.”

For many years now, the conversation has been around increasing the amount of women working in top level jobs in the industry. Thakor-Rankin identifies that this is indeed happening but worryingly the amount of women coming in at entry level is actually decreasing.

“If we can’t bring women into the industry, all of your quotas and ambitions around having 50% of women at the top aren’t going to be realized. We need to start thinking now about why numbers of women at entry level, for whatever reason, have dropped.”

In addition, she noted that gender identity has become an increasingly important area of diversity.

“For the first year ever, 22 people identified as non-binary. GenZ is in the house. Where are non-binary gender fluid employees of the future going to fit into this conversation?”

It’s clear from the latest data that the new generation has much to say and the industry will need to listen, adapt and embrace the changing culture or as Thakor-Rankin makes clear, “Gen Z will walk into the room, have a look around at the diversity of the people there, and walk right back out again.”